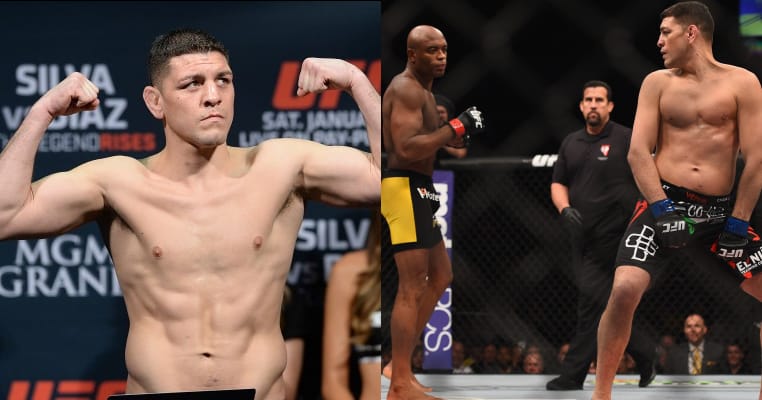 Over the years we’ve heard some classic lines from UFC welterweight Nick Diaz. Perhaps his rivalry with Georges St-Pierre brought out the best trash talk in Diaz’s arsenal. Since that time a lot has changed, though. After fighting another legend in Anderson Silva in a middleweight UFC 183 bout, Diaz faced his toughest challenge to date-the Nevada Athletic Commission. Arguably putting in a ‘fight of the year’ defense with his well prepared lawyer, Diaz was hit with a highly controversial five-year ban.

The suspension would essentially put an end to Diaz’s storied career, and looked outrageous next to Silva’s one-year ban for steroids following his own UFC 183 pop. Fans, fighters and celebrities banded together and Diaz’s suspension was eventually shortened to 18 months. Finally eligible to fight again as of October, unsubstantiated rumours of a return fight are beginning to float around.

One of the many factors that made Nick Diaz a cult hero for years is his rebellious streak. A longtime advocate for Marijuana, the older of the infamous Diaz bros. can often be found on social media enjoying reefers longer than his arm. Discussing the subject of Mary Jane with Jasta Radio this week, Diaz says he is the number one athlete who enjoys a good puff:

“I’m the face of weed for athletes, I’m the number one athletic stoner besides Michael Phelps. I do think it’s a performance enhancing drug, so are vitamins. I’d like to start shedding some good light on this stigma that people who smoke weed are lazy or not thinkers. I hate to think about people dying without smoking some weed, my Grandpa died without smoking weed and I feel some way about that.” 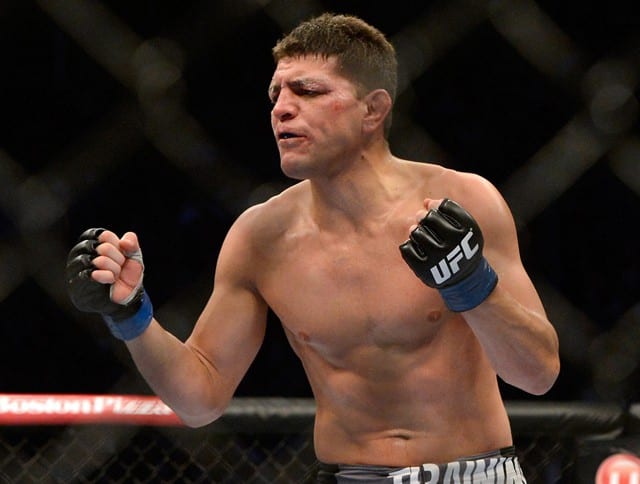 Don’t Hate If You Can’t Try

“If you haven’t tried it, you haven’t exposed yourself to the other side of things. Limiting yourself in general it just screws with me. People disagree with social media sometimes, but how do they know if they haven’t had it before? After concussion if you get THC/CBD in to your brain, it’s like really huge. That wasn’t CBD Nate was smoking at the presser, he was smoking chronic, that was some kush (laughs).”