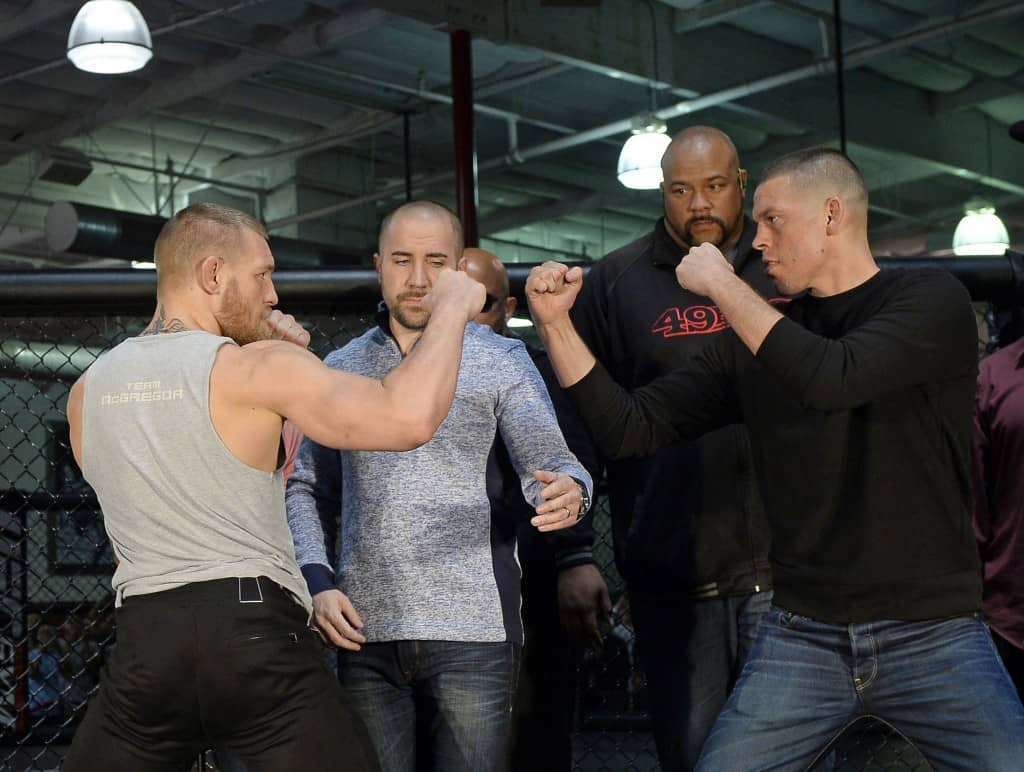 If you know what the Internet is, you’re probably aware of the bizarre, impromptu Twitter tirade that UFC featherweight champion Conor McGregor went on earlier today.

Aside from the odd call-and-response exchanges in which “Notorious” partook with various fans (discussing his myriad UFC records and PPV sales), the majority of his rant focused on his analysis of his UFC 196 fight with Nate Diaz and getting his point across that UFC fans worldwide “will all see [what happens next time].”

McGregor’s vast and influential social media reach inevitably fell on attentive ears; ears that belong to his now-archnemesis Nate Diaz. In the past few months leading up to their first meeting and consistently since then, McGregor and Diaz have had some astonishingly entertaining Twitter encounters, generally beginning with the Irishman making some kind of absurd, pie-in-the-sky claim and ending with a swift, short, and to-the-point response from Diaz.

This one, dear readers, was no different; possibly even the best yet. After McGregor’s lengthy and sporadic diatribe defending his performance and attacking Diaz’s at UFC 196, Diaz cooly, calmly and hilariously responded with this Tweet:

McGregor and Diaz were originally slated to meet in their welterweight non-title rematch at UFC 200 on July 9; however, due to the audacious Irishman’s refusal to participate in all mandatory promotional obligations, the fight was scrapped from the card all together, and UFC President Dana White has insisted that his next fight will be in defense of his 145-pound strap against the winner of Jose Aldo and Frankie Edgar at the aforementioned UFC 200.

In the words of Conor McGregor himself, ‘your move’.