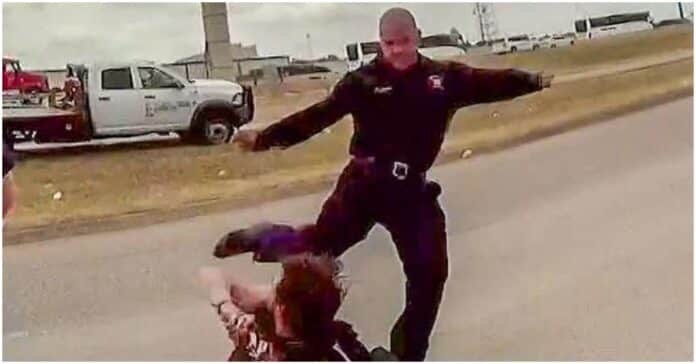 A former MMA fighter who is now a paramedic has been suspended from duty after a video of him kicking and punching a homeless man in the head went viral.

Brad Cox (3-1 MMA) was caught on police bodycams attacking Kyle Vess when emergency services responded to a grass fire in Dallas, Texas back in 2019.

As the police move in to arrest Vess, Cox can be heard telling him to get up before throwing a kick at his head. When Vess does stand up he is punched by the former MMA fighter and quickly tazed by law enforcement before being arrested.

The incident was investigated by Dallas police back in 2019 and Cox was cleared of any wrongdoing.

A lawyer for Vess explained that his mentally disabled client was hospitalized following the incident that left him with a fractured orbital socket and sinus, as well as cracked teeth. Attorney George Milner also claimed his client has lingering issues from the attack that has left his face numb and the right side of his body trembling.

“The fact remains, Mr. Cox basically bludgeoned my client, sent him to Parkland Hospital and kicked him with a firefighter boot,” Milner told the news station,” Milner told WFAA

This Is Not The First Time Brad Cox Has Faced Investigation

The 45-year-old paramedic was also investigated in 2016 after being called to treat a homeless man with a head injury, but instead, he and another member of staff were accused of mocking him. Hirschell Fletcher was taken to jail rather than hospital and later died of a “slow brain bleed caused by his head injuries”, according to WFAA.

Cox was not held criminally responsible for the death but was indicted for falsifying a report to cover up his failure to give first aid at the scene. He pleaded guilty and was placed on 12 months probation by the department.

Dallas Fire-Rescue declined to comment because of pending lawsuits relating to both incidents but did confirm that Cox “is currently on paid administrative leave.”

Dallas County District Attorney John Creuzot admits that his office should have taken a closer look at the incident in 2019.

“I don’t have any excuses to make,” Mr Creuzot told The Dallas Morning News. “After watching the footage, it’s clear that this office would have handled the case differently had that video been available at the time of the initial review.”

“It may not have changed the outcome, because we can only guess at what a grand jury would have done, but the case should have been further investigated and presented.” (Transcribed by The Independent)

Do you think Brad Cox should face criminal charges for his actions on that day in 2019? 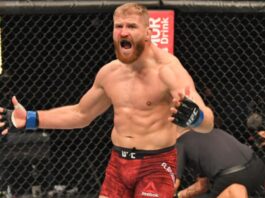 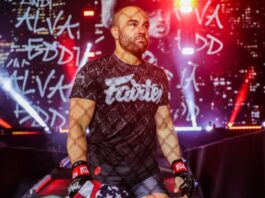 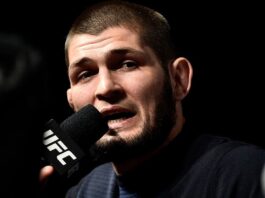