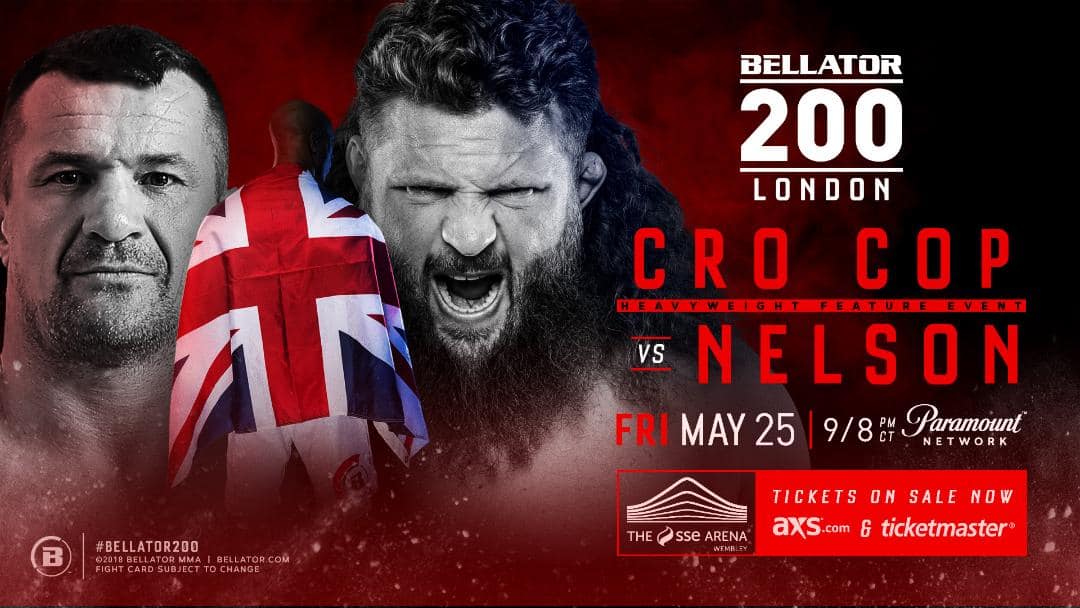 A heavyweight showdown has been added to the lineup of a monumental Bellator MMA event.

On Monday morning, Bellator MMA announced a new bout for their upcoming Bellator 200 event. Mirko Cro Cop (36-11-2, 1 NC) and Roy Nelson (23-15) in a heavyweight bout have been added to the card that is set to be historical for the Viacom owned promotion.

Cro Cop makes his way to Bellator in the midst of an eight-fight win streak. During that run, he holds wins over “King Mo” Lawal, Gabriel Gonzaga and Satoshi Ishii.

Nelson made his Bellator debut at Bellator 183 in September with a hard-fought victory over Javy Ayala.

Additional main card and preliminary bouts will be announced in the coming weeks.

Bellator 200 is set to take place on Friday, May 25, 2018, from The SSE Arena, Wembley. The preliminary card will air online at 7:00 pm EST while the main card will air on Paramount Network at 9:00 PM EST. Here is the updated card: