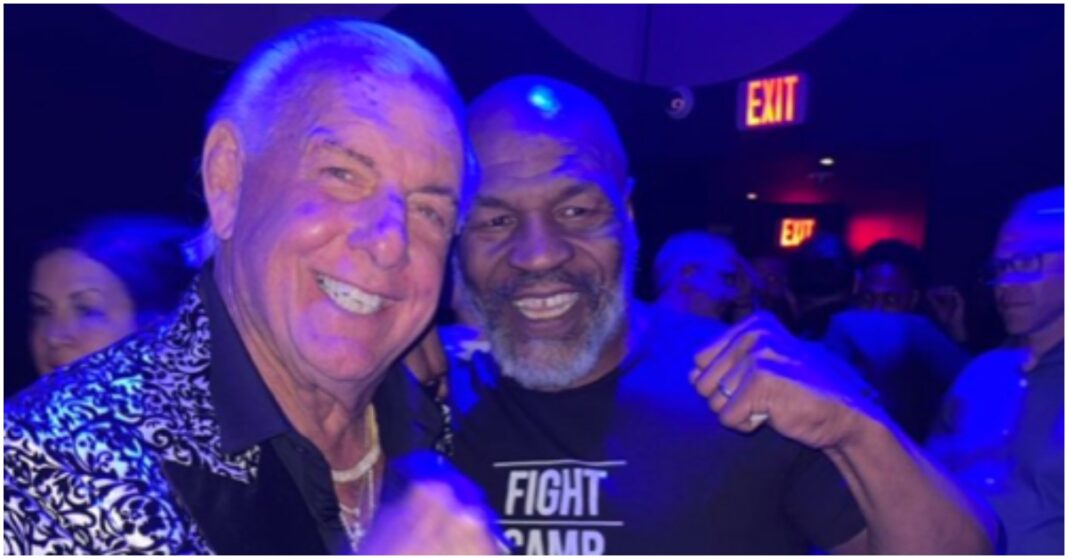 Mike Tyson was smoking just a few hours after his run in with an annoying fan on his flight.

Tyson was filmed beating up a person annoying him on a plane ride. Why any living human being would poke at Mike Tyson and get him upset is a question many people have been asking themselves. It’s usually asked “How much money would it take for you to take a punch from Mike Tyson?”, not “Want to see me annoy the baddest man on the planet for kicks and giggles?”.

The person got what he deserved, which ended up being a bloodied face and the entire internet calling the guy and absolute dumbass. after landing and getting to his cannabis conference, Tyson was seen talking it up with fans and taking pictures.

Even Dana White had something funny to add onto the situation. He tweeted out a video of him giving up his seat to ‘Iron’ Mike on his plane with the caption stating, “Hey dummies, for future reference, this is how you stay alive when bumping into Mike Tyson on an airplane.’

Tyson didn’t take long to have a good time after the incident on the plane. He ended up living it up while taking photos with fans in the lobby and greeting a bunch of people. He even caught up with rapper Rick Ross and WWE legend Ric Flair. Tyson has been legally selling marijuana since 2016 and is a huge proponent for what the drug can do medically for people. He has talked about his marijuana use and business on the ‘Joe Rogan Experience’ a couple of times in the past.

What do you think of the Mike Tyson situation? Did the annoying passenger deserve that?