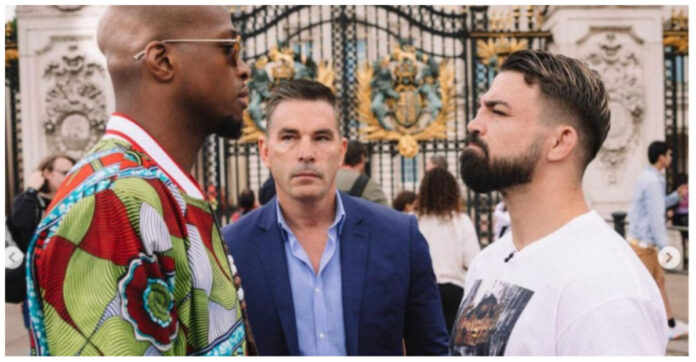 The Bellator welterweight contender clashes with Perry in next weekend’s main event at Wembley Arena, which marks the organization’s first trip to the UK. The fight announcement came as a shock to many considering Page’s last contest was for Bellator gold, and the thirty-five-year-old has never fought in bare-knuckle. Perry, on the other hand, left victorious on his BKFC debut in February vs. Julian Lane.

In the lead-up to fight night, Perry has been sending Page warnings and is adamant he doesn’t know what he’s let himself in for stepping between the ropes. Despite the threats, Perry has shown his respect for the talented striker but questions his toughness when it comes to the viciousness of BKB.

Although never competing in the sport, Page shrugged it off and dismissed Perry’s doubt, stating: “It won’t happen”.

There is no question about Perry’s shear heart and durability when inside the ring or Octagon. Fans enjoy watching the gangster-like style he brings into battle with him. During his twenty-two professional fights, Perry was only stopped once by strikes, which gave him a bucket full of confidence leading into Aug.20.

“You slippery little snake boy. I’m coming after you. I’m coming for you. You should be worried, MVP. I’m a psychopath,” Perry screamed into the camera.

As it stands, Page has signed to BKFC on a one-fight deal and has aspirations of returning to Bellator after the fight, having previously fallen short in his last outing to Logan Storley at Bellator 281 for interim gold. Page addressed the mixed reactions he got from the fighting community after diving head first into BKB.

“I get a lot of different types of reactions when I’m telling people,” Page said. “Even now, it’s been announced for a little while and people are still like ‘are you actually doing this?’. Similar to MMA when it first came through, people just saw it as barbaric. They didn’t see the skill and level of commitment that athletes had, it’s the same with bare-knuckle now. People have a negative appeal about initially.”