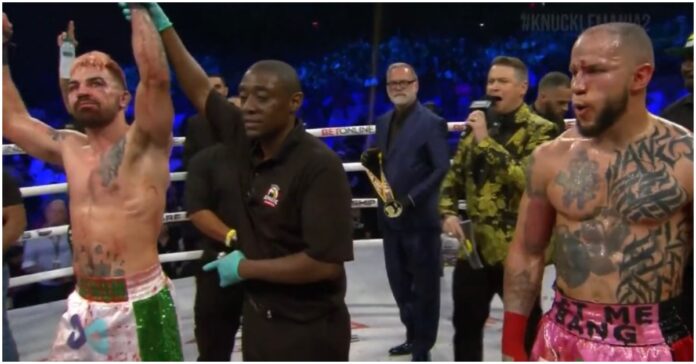 Mike Perry makes his debut against his arch rival Julian Lane. The fight went tot he judges scorecards, but ultimately ended in a unanimous decision victory for ‘Platinum’.

‘Platinum’ sent Lane to the canvas in the first round with a beautiful counter right hand to Lane.

Lane recovers well in the second and third round, and the grudge match was fairly even in the rounds since. Lane cut Perry open over his left eye. Lane himself was bloodied up after four as well.

Julian lane finished the fight strong as the bout went to the judges scorecard. Mike Perry walked away with a 48-46 unanimous decision win over Julian Lane. Perry calls for whoever will be the champion after BKFC 23.