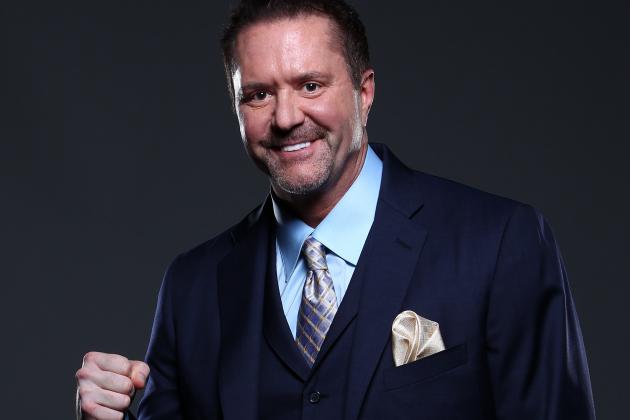 With former UFC commentator Mike Goldberg now signed as tthe voice behind Bellator, this past year has been quite the whirlwind.

After being ousted from his position at the UFC rather unceremoniously, “Goldie” finally broke his silence on the subject on Monday.

“When you’re dealing with big corporations and there’s a lot of moving parts, ‘let’s make this happen’ in February or March, in the corporate world, happens in June. And in my world, in that time, you just want to have it, you just want that text or email or that call to say ‘hey, Goldie, you’re back in the game.’”

Goldberg will return to the commentator booth with fellow announcers Mauro Ranallo and Jimmy Smith at this weekend’s pay-per-view event.

But he says that fan support after his departure from the UFC made him think there was still a place in MMA for “Goldie”.

“It was difficult,” Goldberg said of the months separating his UFC departure from his Bellator signing. “What pushed me through it, and what kept me motivated — obviously, my family is first and foremost — were the fans and the tweets that continued, and the praise and the ‘we miss you, Goldie’, ‘when are you coming back?’ That energized me.”

Are you looking forward to Goldberg’s Bellator commentating debut?