LowKickMMA.com
Home UFC News Miesha Tate Is Confident She Can Beat Amanda Nunes In A Rematch 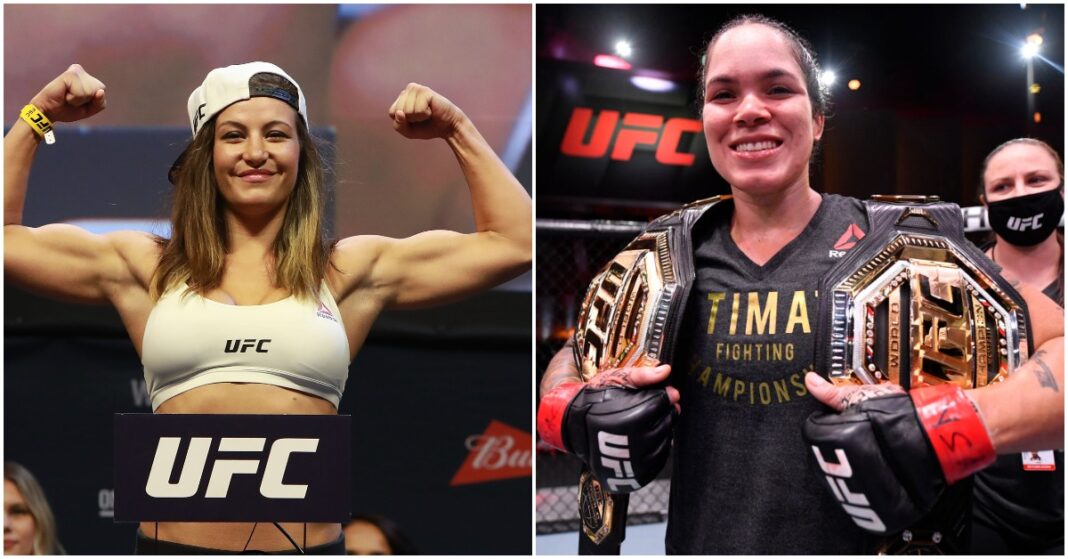 Miesha Tate is set to headline UFC Vegas 43 against Ketlen Vieira where a win could potentially lead her back to a title shot.

Tate lost her bantamweight title to Nunes back at UFC 200 by first-round rear-naked choke, she then lost again to Raquel Pennington by unanimous decision leading to her retirement from the sport.

But after a five-year layoff, ‘Cupcake’ would return at UFC Fight Night: Makhachev vs Moises against Marion Reneau winning by knockout in the third round.

Tate is eager to avenge her loss to Nunes but won’t rush into taking another bantamweight title shot.

“I know that sometimes you only get one shot. When I take that shot at Amanda, it will be the perfect timing. I’ll have the perfect aim,” Tate told ESPN. “I will be the sniper to take her out. But I’m not gonna jump the gun. I’m going to build my way into it and make sure I’m allowing my body the time to evolve, my mind, everything to be in that perfect form so that when I get to that title shot, I’ll be ready.” (Transcribed by BJPENN.com)

With Nunes seemingly cleaning out the rest of the bantamweight division, it seems that when she meets Julianna Pena at UFC 269 it will be expected that the pound for pound great wins again. However, with a record 11-4 Pena should not be taken lightly and could be a surprising challenge for the ‘Lioness’.

Tate also has her hands full with Ketlen Vieria the number seven ranked bantamweight, who has a record of 11-2 could be a hard night’s work for Tate, who comes in as a slight underdog for this match.

Do you think we will see the rematch between Amanda Nunes and Miesha Tate ?

Alexander Volkanovski Thinks Max Holloway Is Scared To Fight Him