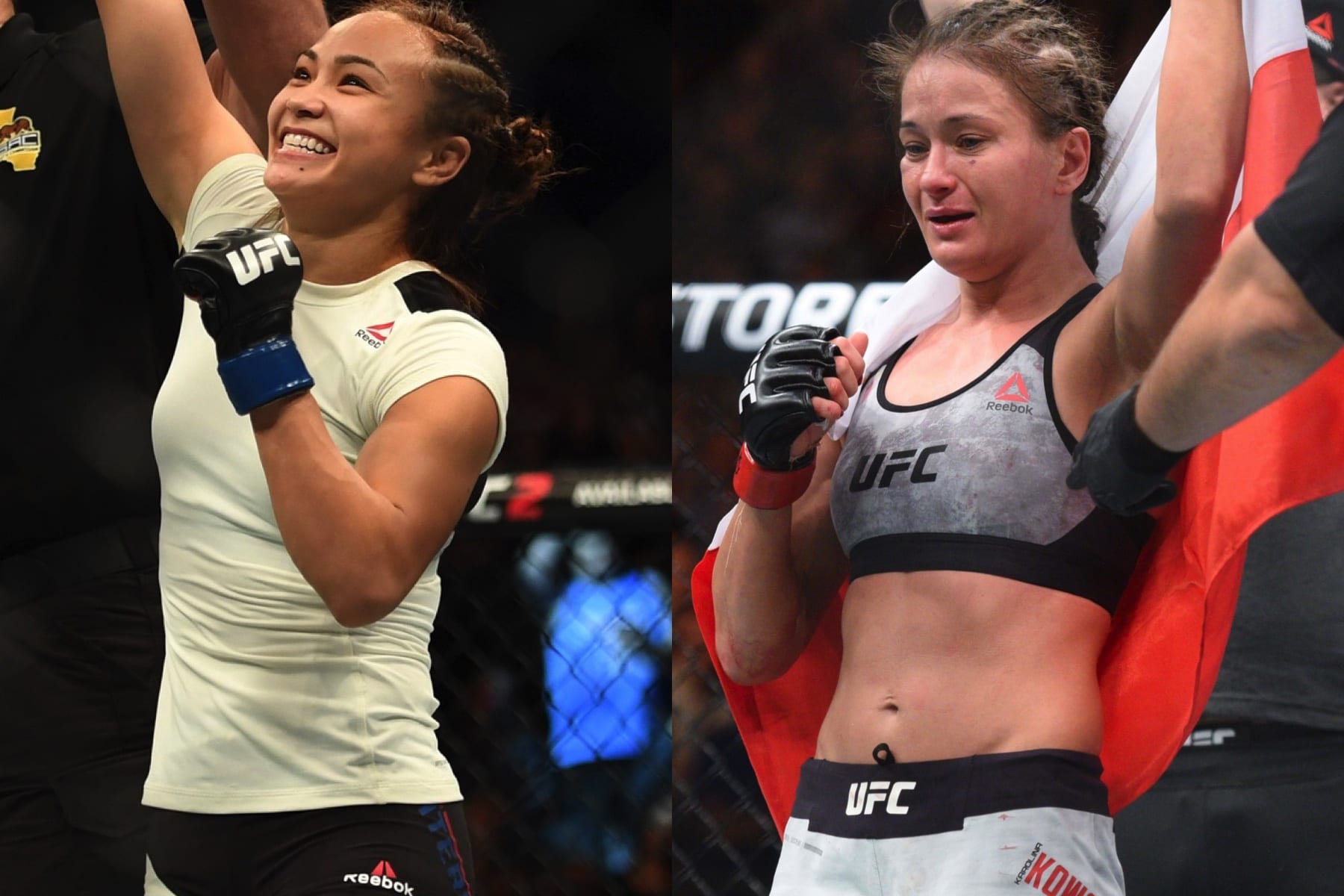 A high-profile women’s strawweight fight has been added to the recently announced UFC on ESPN 2 card in Philadelphia at the end of March.

This week, the promotion announced its return to the City of Brotherly Love. UFC on ESPN 2 will mark the first time since 2011 that the Octagon will touch down in Philly.

The card is already starting to come together. Strawweights Michelle Waterson and Karolina Kowalkiewicz will throw down at the vent according to a tweet from ESPN’s Brett Okamoto.

Waterson vs. Kowalkiewicz is the second fight to be added to this card. The first was another strawweight bout featuring Alexa Grasso vs. Marina Rodriguez.

“The Karate Hottie” has won two consecutive fights in the Octagon. She outlasted Felice Herrig at UFC 229 in October after beating Cortney Casey at UFC Glendale in a controversial split call. The victories snapped a two-fight losing streak for the fan favorite.

Former title contender Karolina Kowalkiewicz lost her last fight to Jessica Andrade by first-round knockout at UFC 228. Before that, she defeated Herrig and Jodie Esquibel in back-to-back fights.