LowKickMMA.com
Home Boxing News “Have You Seen The Speed Of His Hands?” – Michael Bisping Gives... 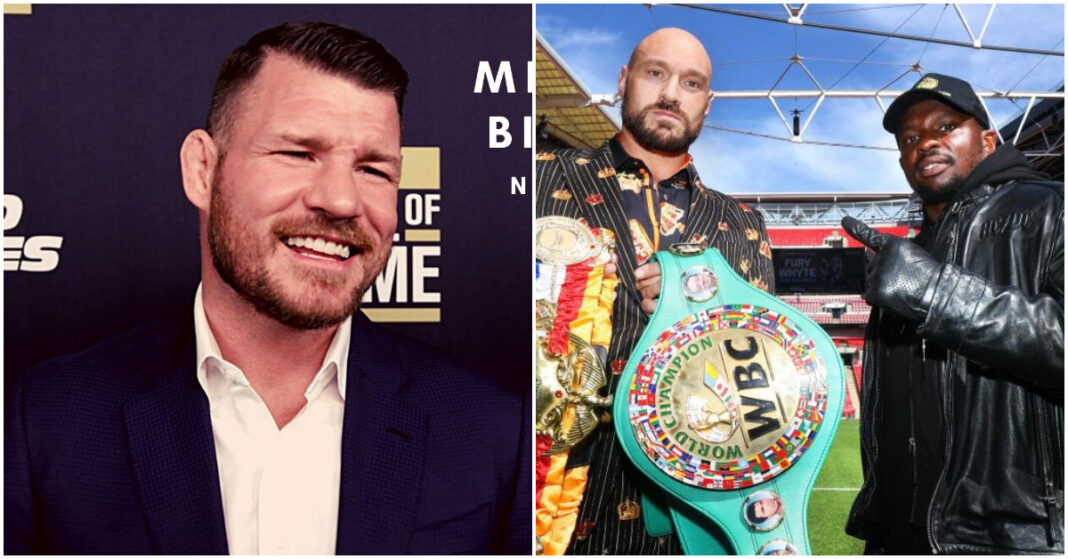 As someone who’s been in combat sports and knows both boxers personally, Michael Bisping believes Tyson Fury will come out victorious over Dillian Whyte. ‘The Count’ stated Fury’s speed, experience, and momentum to be the major factors that will get him the win.

Bisping heaped on praises for ‘The Gypsy King’ as he explained how efficiently Fury uses half feint techniques mixed in with stronger hits to keep the opponent guessing throughout the fight.

In a recent video uploaded to his YouTube channel, Bisping predicted Fury to win via unanimous decision as he gave an insight into both fighters’ style and resume so far.

“When you look at Tyson Fury, you can be forgiven if you think he’s not the best physical specimen. But this man is an athlete. Have you seen the speed of his hands? It is absolutely phenomenal. The footwork that he uses, and he knows how to use his reach.”

In the last two outings in the ring, Fury demolished Deontay Wilder in a newly adapted game plan that saw ‘The Gypsy King’ move forward and put pressure on Wilder. For his upcoming bout against Dillian Whyte, Bisping believes that Fury will return to his original strategy of dancing around the ring and frustrate Whyte.

He believes Tyson has the height, range, and speed while Whyte stands out as the one with power, weight, and strength. Whyte needs to cut the cage off and force Fury into a corner to let on a flurry of body shots.

Throughout the week, Bisping has been going back and forth with Jake Paul after the YouTube sensation called him out for a boxing match. While the retired fighter seemed to flirt with the idea, he’s not too excited by the idea at this stage of his career. It’ll be hard for him to get licensed by a commission due to the condition of his knees and of course, having only one eye.

Are you with Michael Bisping in Tyson Fury’s camp or are you supporting Dillian Whyte for this one?