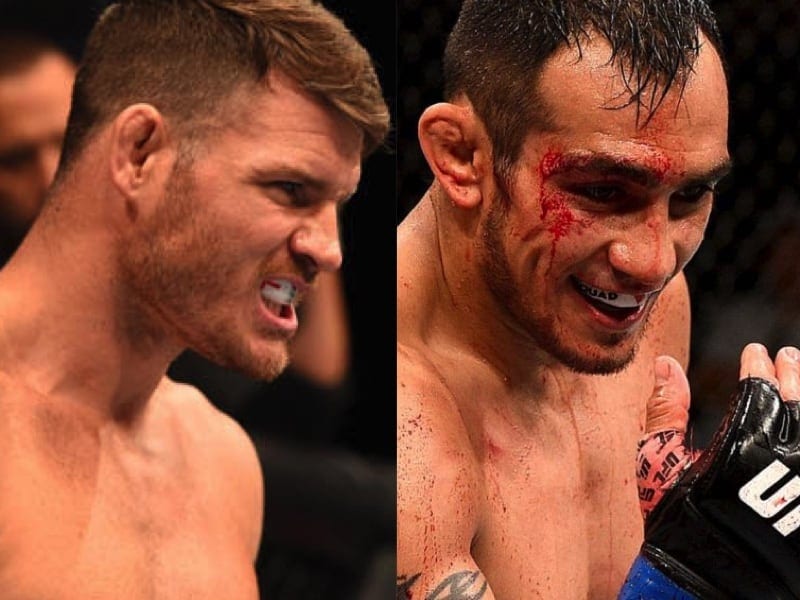 After what must have felt like an eternity to Michael Bisping, he was finally able to avenge his stinging defeat to Dan Henderson at UFC 204 last Saturday night (October 8, 2016).

Although Bisping won the fight via unanimous decision, a good number of onlookers thought that Henderson should have had his arm raised as the winner.

It’s hardly a surprise, though; just take a look at the Englishmen’s face after the bout – it looks as if he had been put through a meat grinder. In the first round, ‘Hendo’ was able to land a hellacious overhand right, dubbed the ‘H-Bomb’, which caused Bisping to fall to the canvas which created a nasty gash under Bisping’s left eye. Henderson would later catch him again with another ‘H-Bomb’, this time in the second round, staggering the champion and sending him to the canvas yet again.

During his post-fight speech, Henderson said that he believes that he should have won the fight, if only fights were not judged in the manner of which they currently are.

Henderson’s statement caught the attention of the No. 3-ranked lightweight contender Tony Ferguson, who took to Twitter with a message of idolization for the former Pride Champion. Of course it was not taken well by Bisping, which lead to a brief verbal exchange from the two:

if they judged you by the way you look, you'd be locked up.

Locked Up Cause I'm a Str8 Killer. I Finish Fights, Never Leave It to the Judges. Don't be Sensitive, Mike. I quoted Dan.

Unless both men decide to make compromises given the obvious difference in weight, this small exchange between the ‘The Count’ and ‘El Cucuy’ will most likely stay put on social media.

Ferguson will take on Rafael Dos Anjos in the main event of The Ultimate Fighter Latin America 3 (TUF Latin America 3), live on FS1 from the Arena Ciudad de Mexico in Mexico City, Mexico on November 5, 2016.