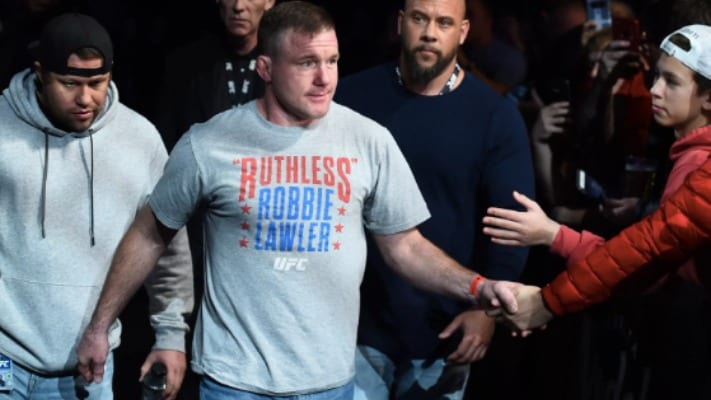 Matt Hughes and his twin brother, Mark, have settled their lawsuit over a tractor incident.

“Any disputes about property – there was more than a tractor – have been resolved by a comprehensive agreement between the parties,” Mark Hughes’ attorney Thomas G. DeVore said (H/T MMA Junkie).

The two went to court due to Mark failing to honor a restraining order against his twin brother. He alleged that Matt assaulted his 15-year-old son and damaged a tractor they shared. Matt Hughes denied it, and now, they have settled it outside of the court. For what exactly happened to begin with, with the tractor, is murky. Mark Hughes alleged this happened.

“Matt approached the tractor and when my son got out of the tractor to ask his uncle what he needed, Matt physically assaulted my 15-year-old son by grabbing him and shaking him, all the while telling him that it’s his (expletive) tractor,” Mark said in a previous written statement.

While the UFC Hall Of Famer denied it and sued his brother to seek an official ruling from a judge for who owns the tractor.

“Hughes wants a judge to decide who owns the equipment and other personal property he claims is being held at Mark Hughes’ residence. No monetary damages are named in the suit – Hughes vs. Hughes – filed on March 5 in Montgomery County (Ill.) circuit court.”

The good news for both is that it is settled, but the details of their settlement are unknown.

What do you make of Hughes finally settling with his twin brother outside of court?