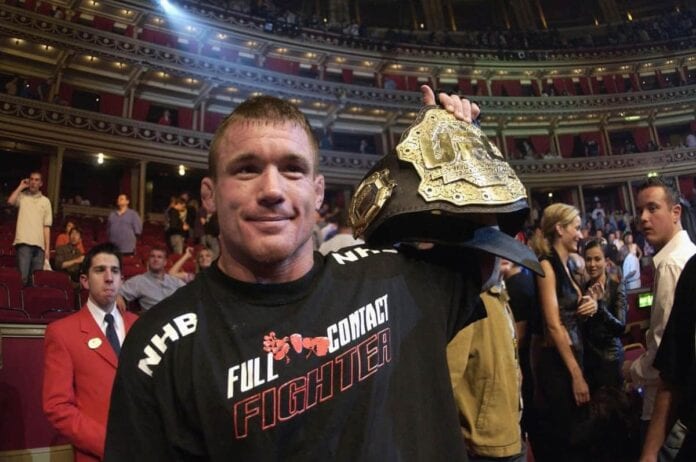 The Nevada Athletic Commission is causing rifts all over the place after their controversial ban of Nick Diaz. The Monday September 14 hearing to decide Diaz’s fate has been lambasted as a shambles and abuse of power in the time since, with the 209 brawler being handed a five year ban and slammed with a $150K fine. Two fighters from the UFC have already boycotted Nevada, and a White House petition to ‘Free Nick Diaz‘ is gathering plenty of steam.

UFC legend and current VP of Athlete Development Matt Hughes sent out a Tweet about the Diaz-NAC saga, and it seems to have enraged UFC heavyweight Matt Mitrione to no end. Check out the barrage of beef between the two below:

I think the suspension was excessive, but you can’t walk in there like a punk and expect leniency. @baltim0re28

@mattmitrione you need to go back and read all my tweets. Not just one.

@mattmitrione if you think I’m on the commissions side you don’t read well!

@_Salvate @mattmitrione Is that so hard for others to figure out???

@burrovago @mattmitrione I can’t speak freely right now, but you will see in the near future.

@mattmitrione I need to talk to you.

Was the UFC Hall Of Fame inductee misunderstood in his comments about Diaz? ‘Meathead’ is clearly not happy with how Hughes conducted himself here, and this messy situation just gets more intriguing by the day.