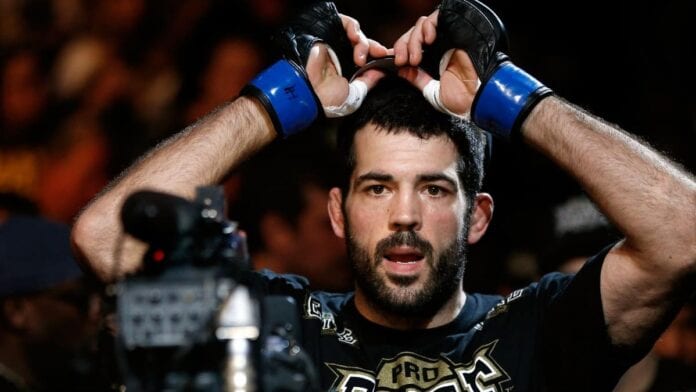 Having been sidelined all of 2018, Matt Brown is planning an MMA return later this year. And Mike Perry would be an ideal opponent.

Brown, who is still recovering from knee and ankle injuries, hasn’t competed since beating Diego Sanchez back in November of 2017. He was scheduled to face Carlos Condit in 2018; however, his injuries did the fight in. An avid fight fan, Brown keeps his eye on the prize and perhaps, more importantly, he scouts his competition from the sidelines. One fighter that has caught Brown’s attention is the hard-hitting Perry.

Earlier this month Brown and Perry engaged in some back and forth on social media. Both fighters seem to like the idea of fighting one another. Brown still holds that same sentiment.

“I think fans would get behind that fight,” Brown told reporters backstage at Bellator 214 (h/t MMAJunkie). “I think it would be a good fight for me to come back to and a good fight for him to get his ass kicked in.”

While “The Immortal” is gung-ho on the “Platinum” Perry match up, his potential opponent didn’t seem to excited at the prospect at a fight with Brown. Just last week Perry called for pay-per-view opponents; there is little doubt Perry wants the last fight on his current UFC contract to be a banger.

Watch all of Matt Brown’s interview below.

I think I can safely speak for most MMA fans when I say that a fight between Brown and Perry would be a good fight for the fans too.