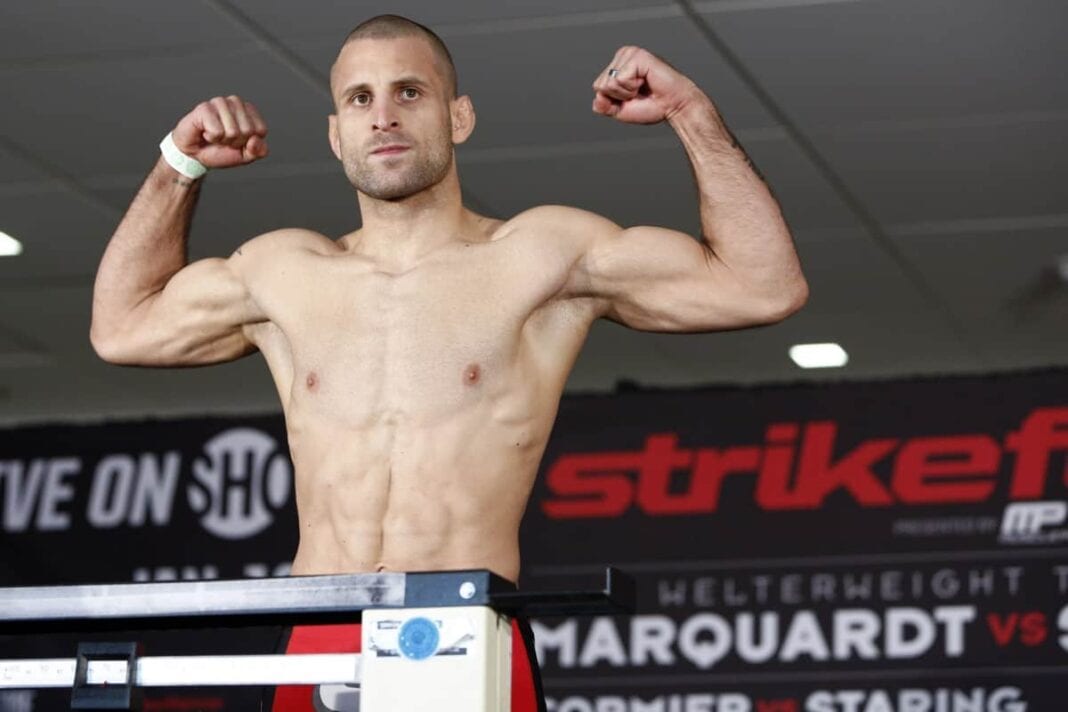 Matt Brown vs Tarec Saffiedine is being reported by multiple sources today…..

UFC welterweights Tarec Saffiedine and Matt Brown both had their impressive unbeaten streaks ended recently; “The Immortal” got punished over five rounds against Robbie Lawler at UFC on FOX 12, and “Sponge” got KTFO by surging contender Rory MacDonald at UFC Fight Night 54 in Halifax.

Now, according to a report on Kimura.se, the two have been paired for a January Fight Night card in January 2015 in Sweden, Europe.

Brown had previously held an impressive seven-fight/six-finish spree in the UFC welterweight division, and fought “Ruthless” in July for the opportuniy of a title shot against Johny Hendricks. Unfortunately for “The Immortal”, Lawler was just too crafty and quick to the punch, and he ended up losing unanimously on the judge’s scorecards.

Saffiedine was riding a five-fight winning streak as he stepped in the octagon against “Ares” this past October, but was met with the complete article and suffered a brutal fourth round TKO against the highly touted Canadian star.

Both guys are known for having durable chins and striking-heavy styles, so give their recent form also, this fight is a no-brainer for FOTN. We’ll keep you updated as we learn more of this heavily rumoured pairing, but for the moment, just enjoy these highlight videos: