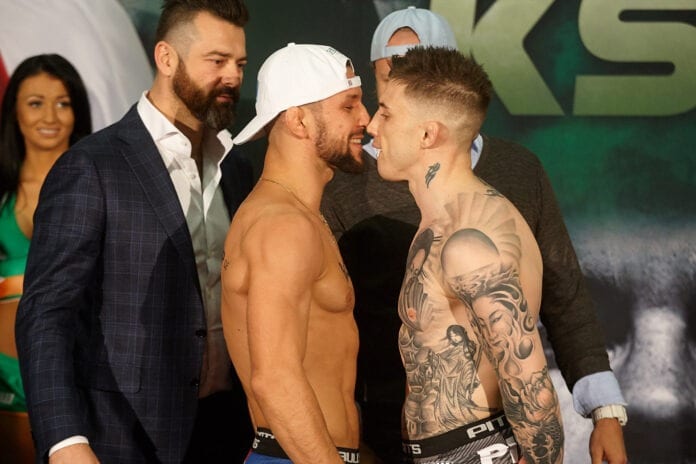 Headlining the event is the anticpated trilogy bout between Northern Ireland’s Norman Parke and Poland’s Mateusz Gamrot. The pair’s rivalry stretches back to their first meeting at KSW 39, where Gamrot, who was defending his lightweight championship, bit Parke’s fingers after claiming the Northen Irishman shoved them into his mouth while the pair were grappling. Gamrot won the bout via unanimous decision, but the seeds of what has become one of MMA’s most entertaining feuds were well and truly planted that night.

The pair rematched at KSW 40, and more drama ensued with the contest stopped in the second round after Parke was unable to continue due to multiple accidental eye-pokes from Gamrot. The fight was called a no-contest and in the melee that followed one of the Pole’s cornermen punched Parke.

Gamrot has been out of action for the past 18 months, and during his absence, Parke captured the KSW interim lightweight championship. This weekend’s fight was set to be a unification bout, but with Parke missing weight, no title will be on the line. However, this in no way diminishes what should be a cracking fight between two men who have genuine beef.

KSW is a promotion that knows how to really put on an event, blending entertaining fights with an extra dose of showmanship, and KSW 53 looks set to continue that trend.