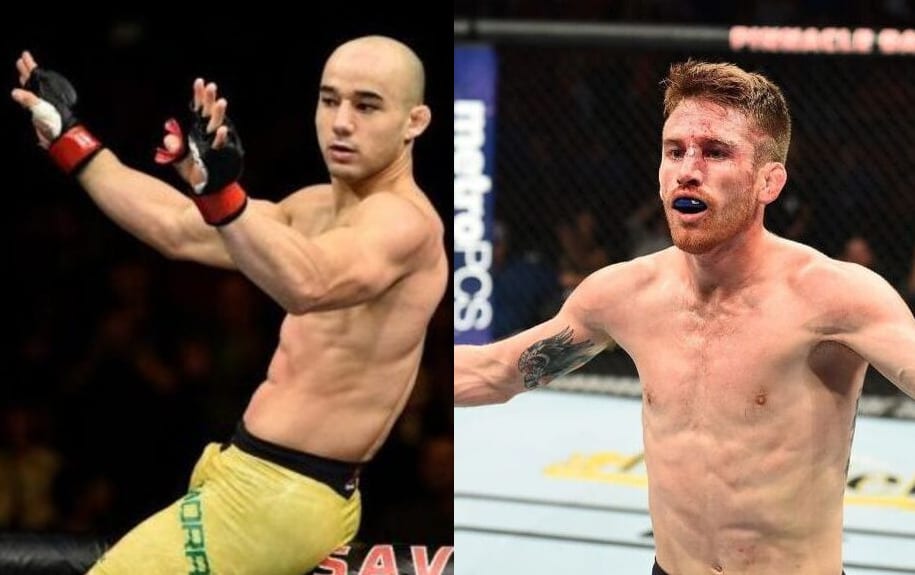 “Magic” was initially campaigning for a fight with Cruz but revealed that he was turned down by the former UFC bantamweight champion among other fighters.

Instead, Moraes will now face Sandhagen in the UFC Fight Island 5 headliner this weekend and he even feels he’s facing a superior fighter in the 28-year-old who has been likened to Cruz multiple times.

“I think Cory is a better version of Dominick Cruz,” Moraes said during media day (via MMA Junkie). “I want to get in there and show the caliber of fighter I am.

“Getting there against a highly skilled opponent like Cory. Cory’s not an easy fight for anybody. In my opinion he’s one of the best fighters in the division and he’s one of the hardest guys to fight.”

Moraes is coming off a win, albeit a controversial one, over Jose Aldo and although some felt he was worthy of getting a bantamweight title shot, he was eventually skipped in favor of the latter.

But the Brazilian wasn’t mad about that especially as he always felt he needed one more win to challenge for the title again following his loss to Henry Cejudo last year.

“Not (mad) at all with not getting the title shot,” Moraes said. “I knew I needed another fight after beating Aldo and it was a close fight and I just fought for the title. People want to see someone get in there with a statement, and that fight was a good fight with a legend, but it wasn’t a statement. Here I am now. I focus on the fight and the performance I’m going to put on.”

While Aljamain Sterling appears to be the next in line for a title shot, it is yet to be confirmed. And given how anything can happen in the UFC, Moraes is hoping a huge performance on Saturday will see him eventually get the nod over Sterling to challenge Petr Yan.

“With the UFC everything changes,” Moraes added. “It’s all about your last performance and Sterling fought – I don’t remember when he last fought, so it must’ve been two, three months ago. We’re fighting Saturday and a lot of people are going to remember what happens Saturday.”

What do you think of Moraes’ comments?