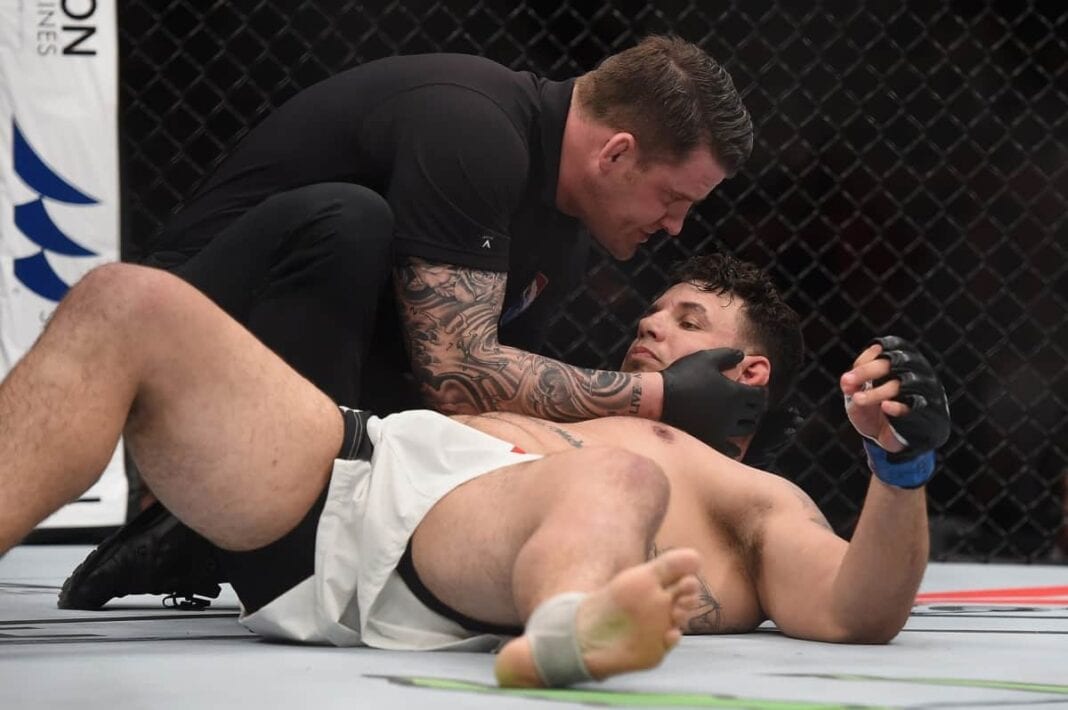 Legendary striker Mark “The Super Samoan” Hunt pulled of another one of his infamous walk off knockouts last night (March 19, 2016), blasting Frank Mir in the first round of their UFC Fight Night 85 headliner.

While some may argue that the stoppage was somewhat early, Hunt confirmed after the bout that Mir was out cold, resulting in no need for extra shots:

“Frank, he was still in the dark lands when I saw him [after landing the punch],” Hunt said during the post-fight press conference. “His face was still…he wasn’t there, so I just left it. He wasn’t there. He was out, somewhere else.”

Hunt’s assessment of the fight was taken a bit lightly, as his statements resulted in a bit laughter. Despite the laughter, however, “The Super Samoan” reiterated his thinking, saying that the former heavyweight champion was “blacked out”:

Hunt currently sits at No. 9 in the heavyweight rankings, and it appears as if he has eyes set on a revenge tour. Speaking on his future, “The Super Samoan” admitted that he’d be interested in rematches with some of the division’s elite:

Who would you like to see Hunt face off with next?