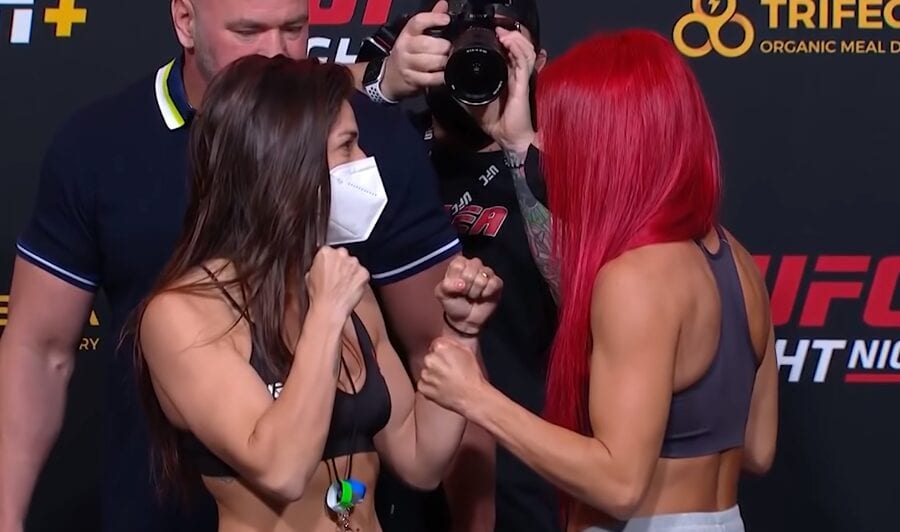 Next up on the main card at UFC Fight Night: Covington vs Woodley we have a women’s strawweight bout between Mackenzie Dern and Randa Markos.

Round 1: The pair touch gloves to open the fight. Markos lands a quick counter right. Dern throws a high kick and slips, quickly attempting a submission before locking up a triangle. she transitions to an armbar. Markos posturing up and maintaining composure. Markos throws some ground and pound before Dern sweeps with an omaplata. Dern passes to mount before Markos retains half guard. Dern gets back to mount again. she continues to land ground and mound while trying to isolate an arm. She locks up an armbar. Markos defends before eventually tapping and giving in to the submission.