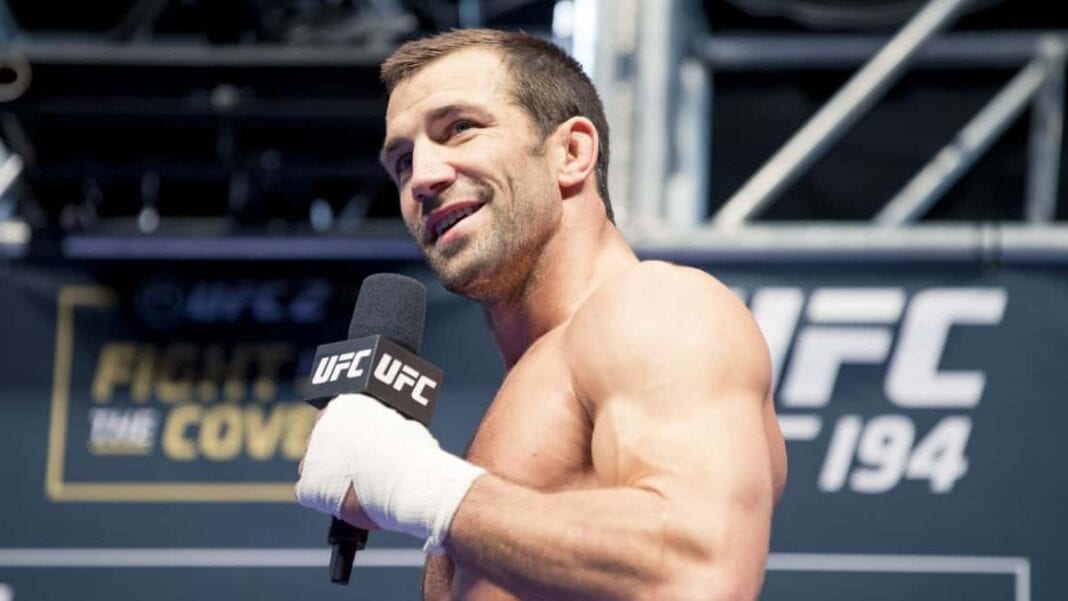 Former UFC middleweight champion Luke Rockhold will get another crack at the title when he squares off with newly minted undisputed champion Robert Whittaker in the main event of February 10’s UFC 221 from Perth, Australia.

But it’s been a long road back for the onetime heir apparent to Anderson Silva as the 185-pound greatest of all-time (even though ‘The Spider‘s legacy has, unfortunately, come into question as of late). Cocksure of a long reign, Rockhold infamously lost his title to Michael Bisping at 2016’s UFC 199, sparking a year-and-a-half of outright chaos when ‘The Count’ refused to fight any top contender and lost the belt to returning welterweight king Georges St-Pierre last month.

Now that St-Pierre has left 185 and vacated his title, the deeply packed division has some semblance of order restored, yet during the chaos, a new star emerged in Kelvin Gastelum, who knocked out Bisping at UFC Shanghai on November 25. He also thinks himself a more rightful contender to the middleweight throne than Rockhold despite a recent loss to former champ Chris Weidman in July, whom Rockhold demolished to win the belt initially at UFC 194.

Speaking up on his sudden rival to Submission Radio (quotes via MMA Fighting), Rockhold affirmed his view that he was the more deserving fighter. With that said, he viewed it as humorous Gastelum to run his mouth and suggest otherwise:

“I know I’ve proven myself,” Rockhold said. “I’ve accomplished things in this sport, whereas little m**gets like Kelvin Gastelum haven’t. I’ve destroyed Chris Weidman, which he got destroyed by Weidman, so it’s like ehh [shrugs].

“This kid hasn’t beaten really anybody and done anything in this sport, and for him to run his mouth, it’s pretty funny. It’s laughable. He’ll find out real if he continues his efforts at 185. I’d slap that kid down real quick. Real quick.”

It seems Gastelum is not on Rockhold’s radar despite some truly excellent knockouts in the class. He’s more focused on surging champion Whittaker, who has fought and defeated the absolute cream of the crop – something he wants to do himself:

“I wanna fight Whittaker, I want to fight the best. It would’ve been – I’m a realist, and I know that neither [Georges St-Pierre nor Michael Bisping], win or lose, would fight any of us. They’re both gonna try and run off, ride off into the sunset and not fight the fight. I respect Whittaker for stepping up and fighting me. I know he had options to take a lesser opponent, the fans wanted this and this is what it is. He’s a true champion, he’s gonna fight the No. 1 contenders.”

Credit goes to ‘The Reaper’ for getting middleweight moving once again, and there’s little doubt that the fight will be a true match of two of the top competitors in the historical division, which can’t be said of the Bisping-St-Pierre period.

The winner will be middleweight one and only true king, and in today’s unpredictable fighting climate, that’s certainly a sight for sore eyes for fans.