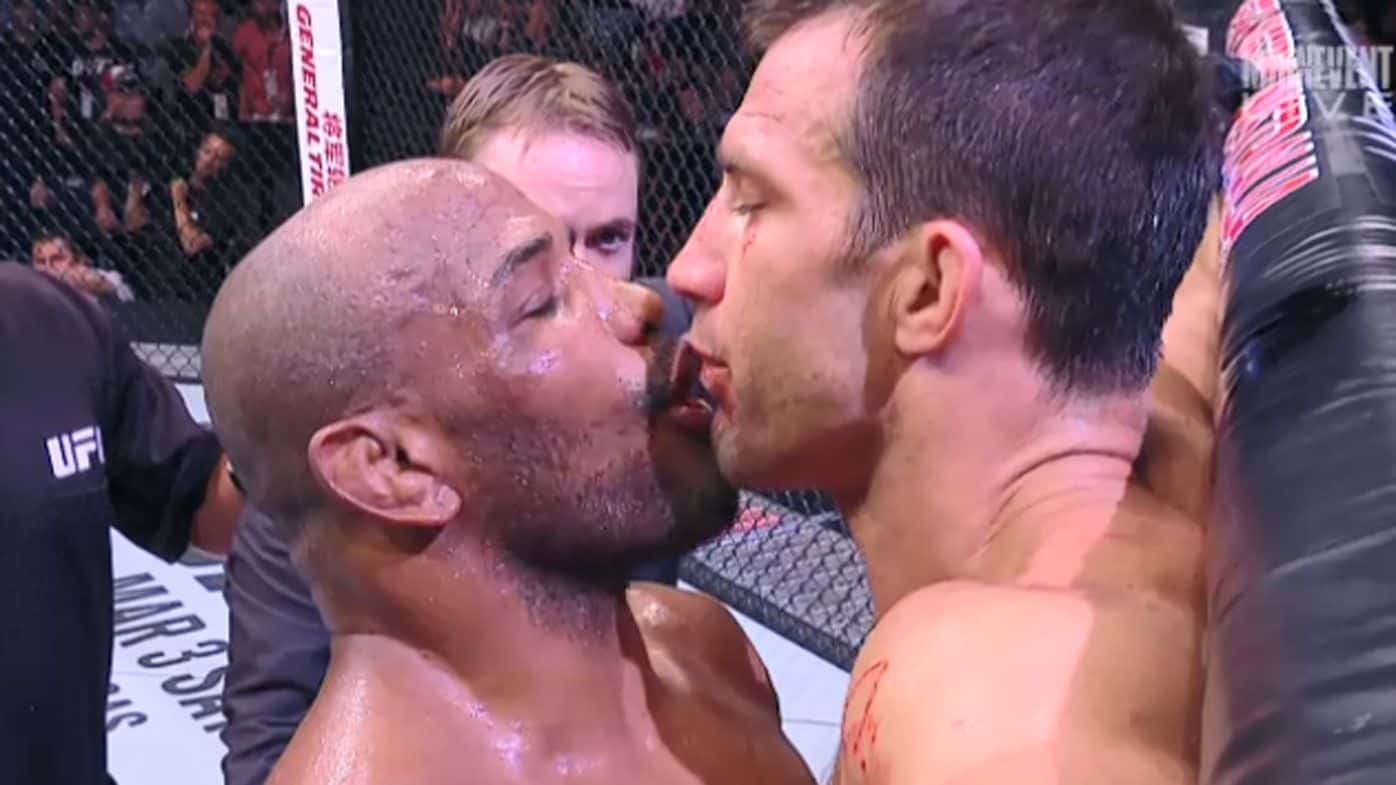 He may have been brutally knocked out by Yoel Romero in his last fight at February’s UFC 222, but former middleweight champion Luke Rockhold isn’t taking the loss quietly.

Rockhold has been in the news for a litany of topics lately, ranging from his nearly-confirmed move up to light heavyweight, the subsequent beef with Alexander Gustafsson that resulted, a potential trilogy fight with rival Michael Bisping, and even his signing on as a Ralph Lauren model.

However, Rockhold hasn’t completely forgotten about his loss to Romero, after which ‘The Soldier of God’ somehow stormed into his face and kissed him, telling him he ‘loves him’ while Rockhold didn’t exactly know where he was after being knocked out. During a recent appearance on The MMA Hour, Rockhold called out the Western Australia Combat Sports Commission (WACSC) for allowing such a scene to happen during such a big fight:

“For him to come across the cage like that, it’s just ridiculous for them to let him do that,” Rockhold said. “Not a big fan of how he carries himself. He’s a bit fake. I’m not really saying how I feel. I am who I am. Like it or hate it.”

Rockhold gave Romero his due after the fight, but he also said his draining cuts down to middleweight were coming to an end because they sapped him of much of his strength in Australia, something he noticed in the Cuban behemoth’s own strength:

“Yoel felt strong. He felt big. I didn’t feel my best. … The weight cuts are getting to me these days. The man felt like cement,” Rockhold said. “I thought i could really take his movement and force him to wrestle more, but that really wasn’t the case.… I had to work around my kicks. I just didn’t put it together like I should have.”

So even though he didn’t appear to hold any lasting grudge with Romero right after the fight, it’s become clear that isn’t the case after he’s had some time to let all the ramifications sink in. With Romero winning all but one of his UFC bouts while some kind of controversy follows him almost constantly, the former Strikeforce champ wondered why Romero had gotten through a USADA loophole to supposedly skirt responsibility:

“Guess what? He’s the man who opened his mouth and talked shit while I had the title and he went and popped for steroids,” Rockhold said. “So, yeah he got by on that somehow, but f*ck off. You know what you’re putting in your body. I’m tired of people like this just trying to find loopholes and ways around these things.

“I don’t know why you get a pass in this sport, but a lot of guys get passes,” Rockhold said. “Not a fan of it. I’ve always fought clean, I’ve never cheated my way through this sport, I’ve always done everything the right way. Unfortunately, not everybody follows that path.”