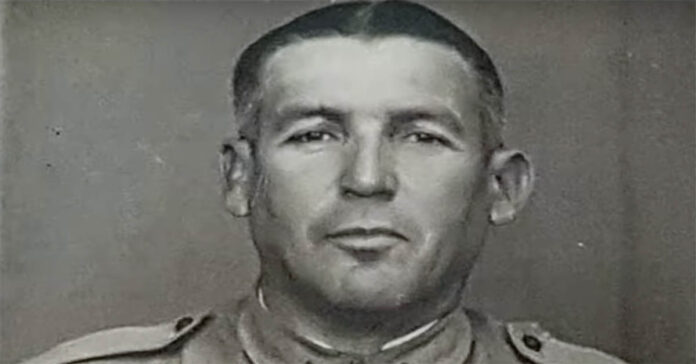 The Gracie brothers generally receive most of the credit for developing Brazilian Jiu Jitsu, but it wasn’t just them. One of the most important individuals that doesn’t get enough credit for creating BJJ is Luiz Franca.

Here is the story of Luiz Franca, who played a critical part in developing Brazilian Jiu Jitsu. Going over who he trained under and who he’d go on to teach that would create non-Gracie Jiu Jitsu academies.

Luiz Franca Filho grew up in Manaus, Brazil and first began learning Judo/Jiu-Jitsu when he was fifteen. His first instructor was another Japanese Judoka that immigrated to Brazil named Soshihiro Satake.

Franca would train with Satake at the Atletico Clube de Negro, where Satake held his classes. He was an incredibly dedicated student that would never miss one of Satake’s classes.

One of Franca’s training partners was Vinicius Rua, who was former UFC champion, Marcos Ruas’ uncle. A great martial artist in his own right who would become president of Rio de Janeiro’s Judo Federation years later.

For one year, Franca would train consistently with Satake until he moved to Belem, Brazil. This is where he was said to have trained a short time with Mitsuyo Maeda. The same instructor that was said to have taught Carlos Gracie.

Luiz would spend a short time training with Maeda until he moved to Sao Paulo. Once there, he would train with another person that helped develop BJJ named Geo Omori.

The same Judoka that would later fight  Carlos Gracie Sr. in an exhibition match.

After spending a few years moving around and learning Judo/Jiu-Jitsu from the best practitioners, Franca moved back to Rio. Living on the outskirts of the city in a poorer area.

He would then transition to teaching Judo/Jiu-Jitsu to a wide variety of students with different social backgrounds. Everyone from soldiers, policemen, and even those who just did menial jobs.

By offering to teach students that were in a lower social class made Franca highly respected within the area.

He would spend his entire life teaching martial arts in the area for close to six decades. Some of Franca’s students would also have a hand in helping develop BJJ later on.

The Difference Between Luiz Franca and the Gracie Brothers

Those that have a basic knowledge of how BJJ was developed often cite the Gracie brothers, Carlos and Helio. They were actually not the only martial artists that had a hand in developing the martial art.

During the same time the Gracie brothers were prevalent, Luiz Franca was also teaching his own style of self-defense. While the styles of Jiu Jitsu they taught were similar, there were two main things that set the two apart. Who they taught and how they gained publicity for their schools.

The Gracie family was a more wealthy family that had ties to the most powerful people in the country. Being from a higher social class meant that they would advertise to those that had higher incomes. They lived in a wealthy part of Rio de Janeiro and taught Jiu Jitsu within the area.

Luiz Franca went a much different route with the type of students he taught. He would teach everyone from soldiers, policemen, and normal people that sold food on the street.

Franca also welcomed those from favelas to come train with him. Doing this made him a champion to the poorer communities and beloved to those who trained with him.

Another reason more people know the Gracie brothers as innovators of Jiu Jitsu than Franca was their marketing. Helio and Carlos were relentless in proving that their fighting style was effective and superior to all others in Brazil.

This is why they constantly challenged other martial artists and took ads out in local newspapers. They wanted to create a spectacle to get all eyes on their style of Jiu Jitsu.

From what we know about Luiz Franca, he did not take part in any of that. He never fought anyone and resided in only being a teacher.

Franca’s low-key approach would make his name less known to future Jiu Jitsu practitioners. Although at the time, Franca’s name was highly revered by those that knew him.

One of Luiz Franca’s best students was a man named Oswaldo Fadda. Master Oswaldo Fadda was one of the many Brazilian marines that learned under Franca when he began teaching in Rio de Janeiro.

What Fadda learned from Franca would be crucial in the development of non-Gracie Jiu Jitsu schools. Like his master, Fadda began teaching to the poorer populations within Rio.

He would teach anyone that wanted to learn in any location that was available to him. Everywhere from beaches to park and oftentimes not even having mats available.

The Gracie family looked down upon Fadda and Franca and thought their style of Jiu Jitsu was superior. Despite the criticism from the Gracie family, Fadda would open his own academy in the early 1950s.

His academy would grow and he would become numerous formidable Jiu Jitsu athletes. Many of them were specialists in foot locks, which was something not practiced within Gracie Jiu Jitsu.

Thanks to this lineage from Luiz Franca to Oswaldo, some of the main non Gracie Jiu Jitsu affiliations would form. Including Nova Uniao and GF Team being among them.

The Legacy of Luiz Franca

The legacy of Grandmaster Luiz Franca is not known by many Jiu Jitsu practitioners, but is one that isn’t disputed. There aren’t even any recorded disputes coming from the Gracie family that disputes Franca helping develop Brazilian Jiu Jitsu.

Without Grandmaster Franca, the main non Gracie Jiu Jitsu affiliations would not exist. Just like the Gracie brothers, Franca deserves our utmost respect.