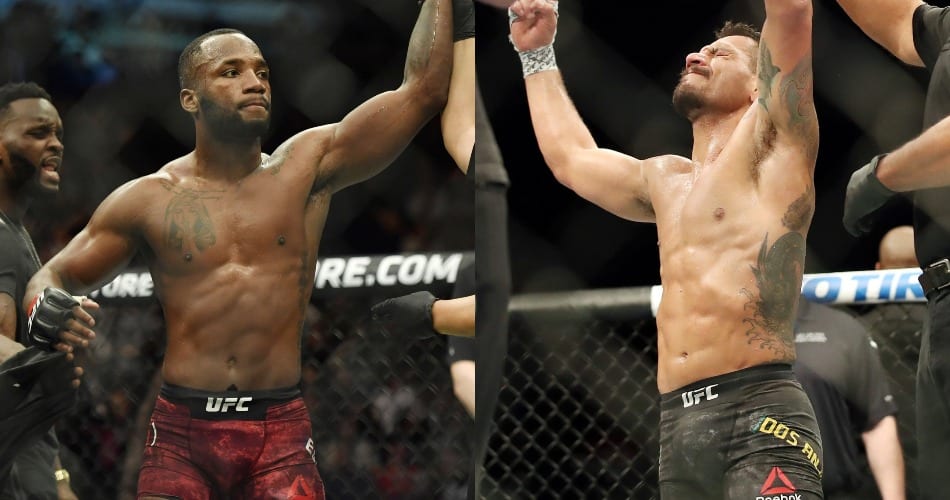 Leon Edwards knows exactly who he wants to fight next.

Edwards previously called out former UFC champs Rafael dos Anjos and Robbie Lawler. Now, he’s doubling down on his callout of the former Brazilian 155-pound champ. “Rocky” took to Twitter to call out “RDA,” who he referred to as a “midget”:

Currently, Edwards is on a seven-fight win streak over names such as Vicente Luque, Bryan Barberena, Donald Cerrone, and Gunnar Nelson. A win over a fighter the caliber of dos Anjos or Lawler would be a huge plus for his title aspirations.

As for “RDA,” he picked up his first victory since 2017 last week (Sat. May 18, 2019) over Kevin Lee. The pair main evented UFC Rochester, where dos Anjos submitted Lee in the fourth round by way of an arm-triangle choke. Before that, “RDA” was defeated back-to-back by both Colby Covington and current 170-pound champ Kamaru Usman.

Now at 170 pounds, dos Anjos is hoping to join a short list of fighters who have picked up titles in different weight classes. However, he’ll have to do it in one of the most talent-stacked divisions the UFC has to offer.