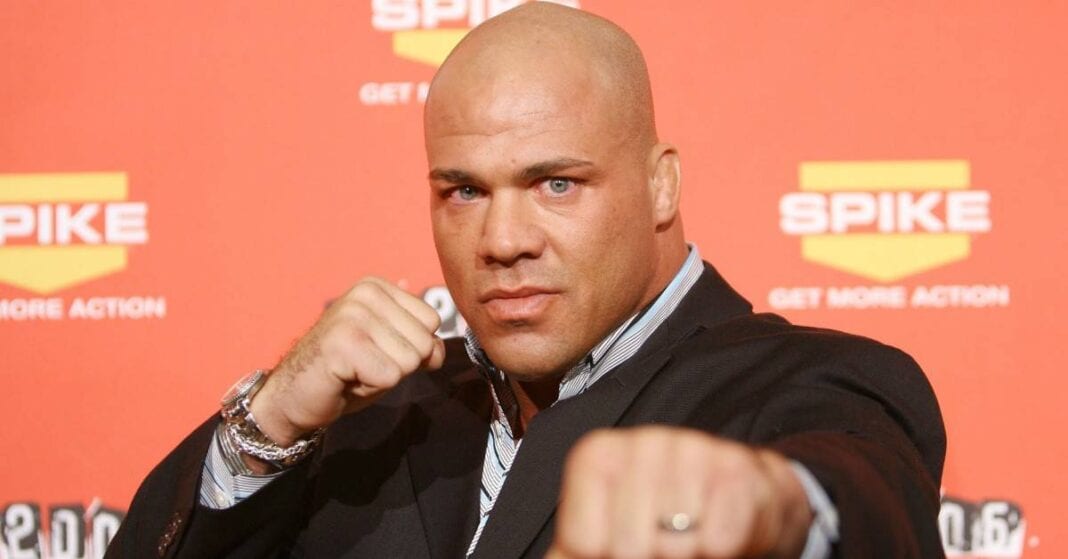 Although now retired from professional wrestling, Angle has gone on record multiple times stating how close he was to having a career in MMA.

Given his amateur wrestling pedigree — not to mention a gold medal in wrestling at the 1996 Olympics — Angle would have done extremely well in the young sport during his prime.

In the end, it wasn’t to be. However, once he departed the WWE in 2006 before eventually ending up at TNA, Angle had talks with White over competing in the UFC.

And the idea in mind was for him to face Daniel Puder.

“He [White] wasn’t very specific on saying we’re going to protect you, but the opponent that he gave me at the beginning was a good opponent,” Angle said on his podcast (via WhatCulture). “Very intriguing from a public interest standpoint, especially from a pro wrestling fan standpoint. Very intriguing because he didn’t have a lot of experience in MMA, he only fought a couple times, but I had a little episode with him in the WWE. That was Daniel Puder.

“When Dana said that to me, I said, ‘Are you serious? Daniel Puder, that’s all?’ Not that I thought Daniel Puder was easy, because he actually had my arm trapped and he would have broken my arm when we did our little episode on SmackDown. I just knew that I could beat Daniel Puder.”

Puder notably put Angle in a kimura lock and almost broke his arm during a live episode of SmackDown which went against what was in the script. It led to tension between the pair and plenty of heat on Puder who was never able to kickstart his pro wrestling career since.

You can watch the incident below:

It certainly would have been an intriguing fight and one Angle would have loved to have had.