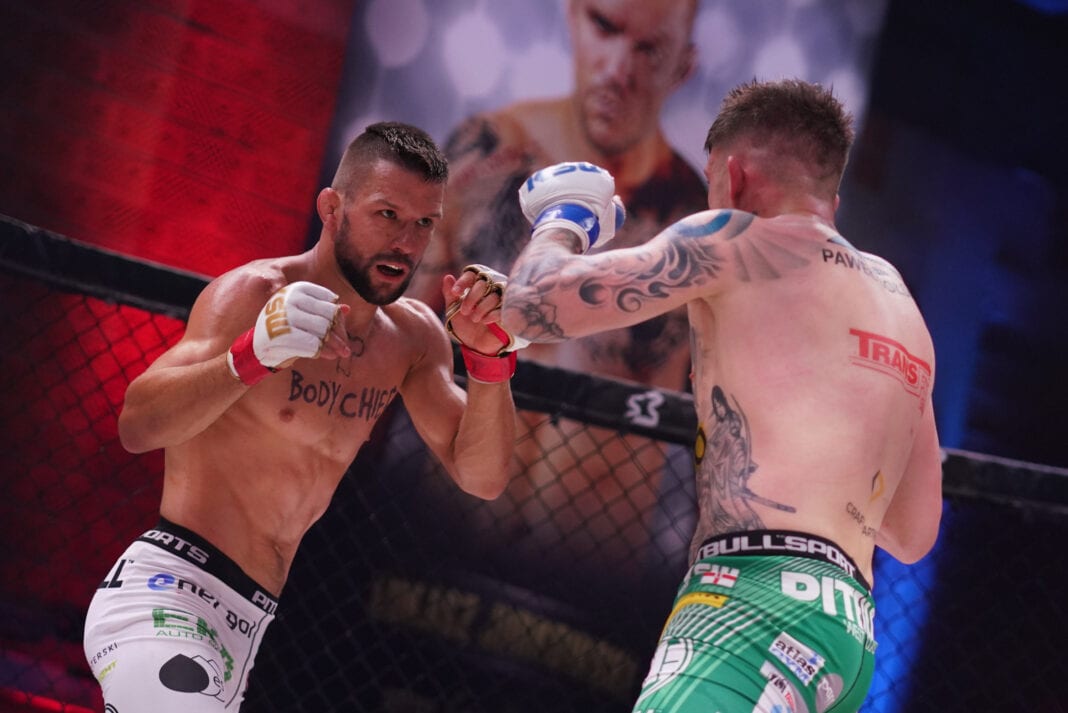 Headlining the eight-fight card was the anticipated trilogy bout between Northern Ireland’s Norman Parke and Poland’s Mateusz Gamrot. It was an evening with all the thrills and spills fans have come to expect from the promotion. If you missed the action, here is a video compilation of the top ten bouts from KSW’s comeback.

Thankfully the wait between KSW 53 and KSW 54 is only a matter of a few weeks with KSW 54 scheduled to take place on Sat. August 9. The main event will feature Polish heavyweight boxer Izu Ugonoh, who will make his anticipated promotional debut. Ugonoh, a former training partner of Joseph Parker, has heavy hands and an 18-2 boxing record with 15 of his wins coming via KO.

It looks like the KSW has come back from its enforced Covid-19 related break and is back with a vengeance.

Will you be watching KSW 54?