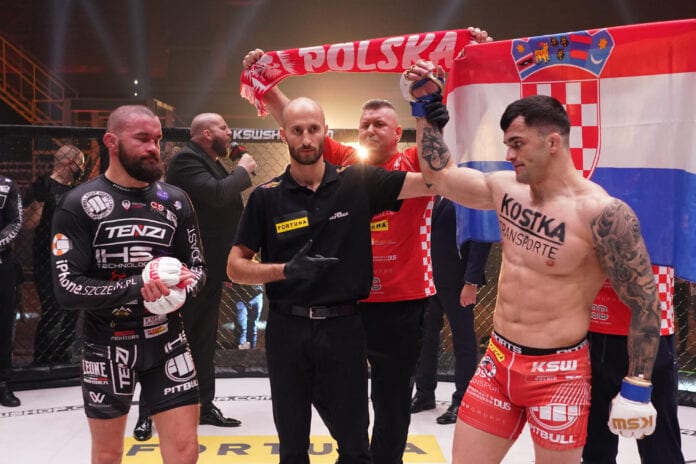 KSW 56 went down today (Saturday, November 14) in Lodz, Poland. The eight-bout card was headlined by a middleweight clash between Roberto Soldic and Michal Materla.

Soldic, the KSW welterweight champion, was looking to make an immediate statement against one of the company’s veteran fighters. In the co-main event, KSW light heavyweight champion Tomasz Narkun mounted the fifth defense of his title against the undefeated Ivan Erslan.

Here are the full results from KSW 56.