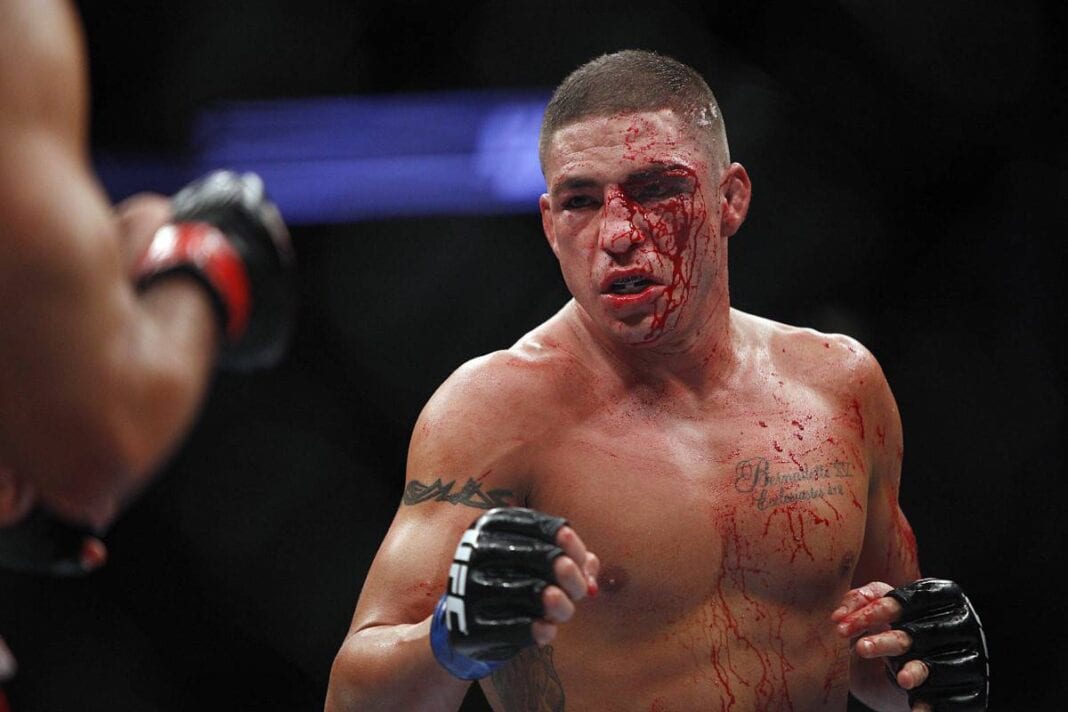 Just last night news broke that Joe Lauzon was reportedly out of his scheduled UFC 180 bout with veteran Diego Sanchez.

Tonight (Thurs., October 23, 2-14), it appears that the UFC won’t have to scramble to find Sanchez a new opponent, as he has been scrapped from the card due to a knee injury suffered in training. The UFC released a statement on the fight’s removal from the rapidly declining event:

Two days after UFC heavyweight champion Cain Velasquez was forced out of his UFC 180 bout against Fabricio Werdum on November 15 due to injury, lightweight contenders Joe Lauzon and Diego Sanchez have suffered the same fate as Velasquez, as injuries to both have prompted the removal of their bout from the Mexico City event.

Stepping up to open up the main card will be a bout between hard-hitting welterweights Edgar Garcia and Hector Urbina.

The UFC 180 card will proceed with 11 bouts, headlined by the interim UFC heavyweight title fight between Fabricio Werdum and Mark Hunt.

The tough-as-nails Sanchez apologized to his fans this evening on Twitter:

The UFC’s first-ever event on Mexican soil, UFC 180 has been hit hard by injuries. Velasquez was supposed to finally defend his title after being on the sidelines with a shoulder injury, but earlier this week a knee issue prompted the creation of an interim heavyweight belt, which Hunt will battle Werdum for in the main event.

Sanchez was also supposed to fight Norman Parke before another injury opened up a spot for Lauzon. Apparently this lightweight bout just wasn’t meant to be, no matter whom they booked to fight in it.

Mexican bantamweight Erik Perez was also forced off the card with an injury.

Regardless, the card will go forward with only 11 fights, airing live on pay-per-view (PPV) from the Arena Ciudad de Mexico in Mexico City on Saturday, November 15, 2014.