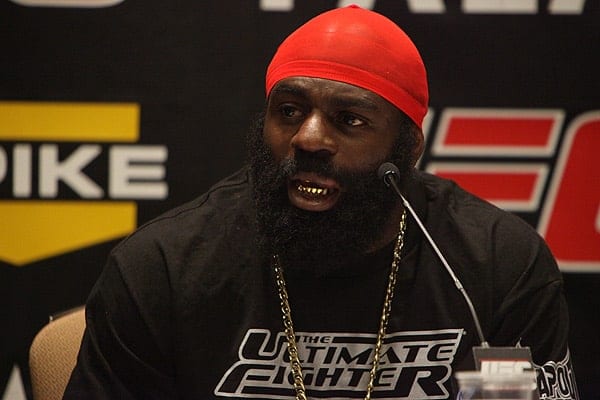 Kimbo Slice will be fighting Dada 5000 in February for Bellator MMA, and there’s a lot of bad blood surrounding this fight. Harris, a childhood friend and former bodyguard of Kimbo, also gained acclaim from his promotion and participation in the rugged world of street fighting. The story of the South Florida-resident was brought to the forefront of the combat sports world recently in the documentary entitled “Dawg Fight.”

Slice had some strong words to say about Dada in a recent interview with Sherdog.

“This dude had no beard. He had no tattoos. I don’t think he even had a job at the time, so we hooked him up, gave him a little work. Said come f— with us, come take this ride with us,” Slice said. “Because this was a movement: me coming from the street fighting and having my first fight against Ray Mercer.”

“You’re talking about a guy who stole my image, stole my look. Literally when I decided to turn pro, he decided to take street fighting in the wrong f—ing way,” Slice said. “…Even though it was a street fight, we had some type of respect for each other. He just made a mockery out of it. Guys were getting hurt and had no way to really recover from it. Everything about what he did and about him was just wrong.

Slice (5-2), is currently on a one-fight winning streak. Slice made it clear that he is going to hurt Dada when they fight. He went as far as telling his kids what he plans to do to Dada.

“I told my kids to really forgive me right now, but daddy’s going to be a real bully. I’m gonna bully this dude. I’m gonna bang him up.”