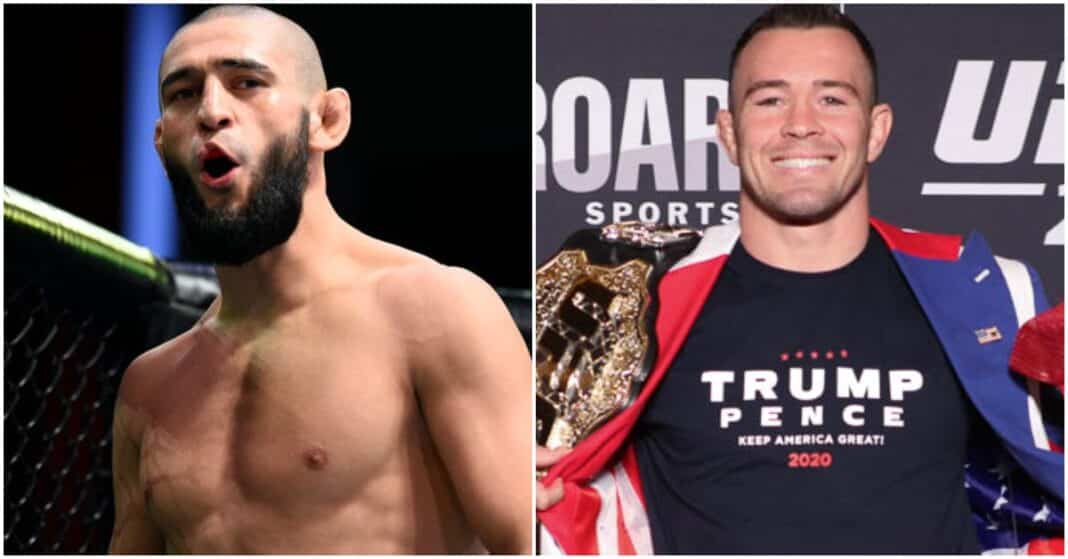 Khamzat Chimaev has posted a series of images in response to Colby Covington giving him a new and vulgar nickname.

‘The Wolf’ burst onto the world stage in the summer of 2020 quickly picking up three wins inside the Octagon before he faced a lengthy layoff after contracting COVID-19. Chimaev returned to action at UFC 267 in what was billed as the toughest fight of his career at the Etihad Arena in Abu Dhabi. The undefeated prospect looked untroubled throughout his three-minute fight with Li Jingliang. Chimaev picked up his opponent early in the fight and slammed him to the mat. He then proceeded to chat with the UFC president Dana White who was cageside while he worked on submitting his tough opponent who he choked out in the first round.

Ahead of his UFC 268 title fight against Kamaru Usman, Covington was asked about the prospect of defending the 170lb strap against Chiamev. He replied by dismissing the UFC’s newest star and tagging him with a pretty offensive nickname.

On Thursday, Chimaev fired back at his welterweight rival with a series of images taken from Covington’s first fight with Usman.

Who do you think will win if/when Khamzat Chimaev and Colby Covington square off inside the Octagon?