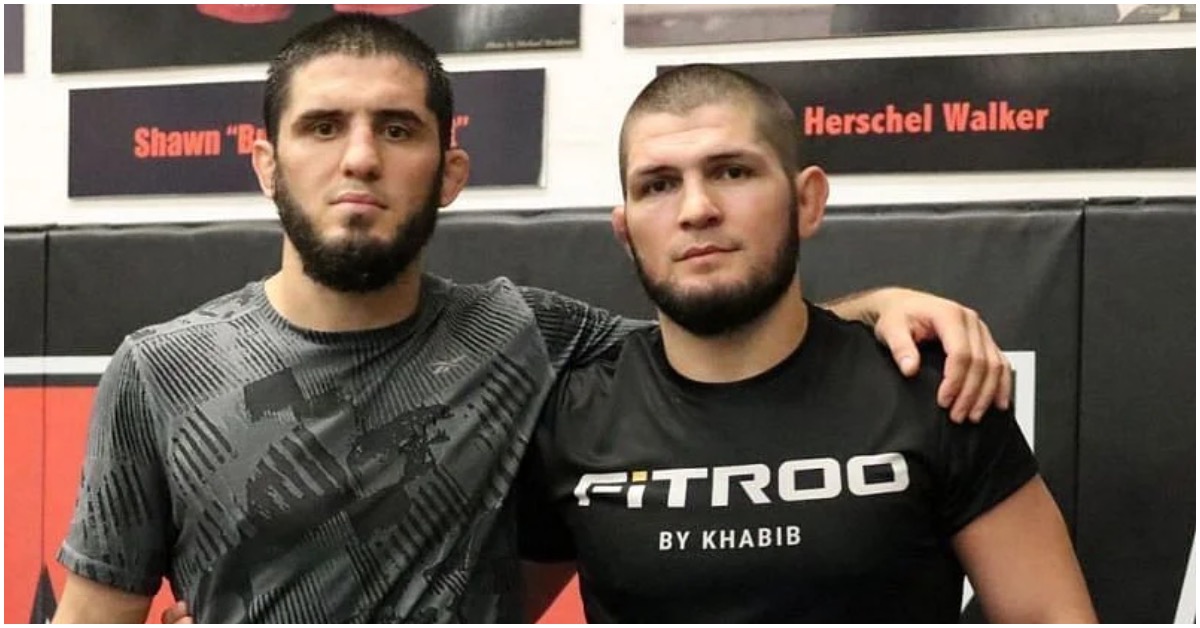 The UFC’s number fourth-ranked lightweight is back in action with late replacement and fan favourite Bobby Green (29-12 MMA) in the main-event bout at UFC Vegas 49.

Islam Makhachev (21-1 MMA) was originally supposed to be facing off against Beneil Dariush, until the Iranian had to pull out 10-days before the scheduled fight, due to an ankle injury.

Ahead of his second-ever UFC main event, his coach and former Lightweight Champion Khabib Nurmagomedov can be seen giving out some needed tough love towards his fighter, telling Makhachev that he should “just lose” if he doesn’t want to talk to media and become a UFC Champ, during yesterday’s media day.

“If you don’t want to make a lot of interviews, just lose, nobody gonna come. You have to lose, but if you wanna become champion. Ok,” Nurmagomedov said.

Nurmagomedov used this as a chance to teach his fans stating to the camera, “Nobody in this life, nobody gonna ask you how you feel. Everybody gonna watch how you feel. There’s two differences between regular people and champions. Open your mind and focus.”

Makhachev will most likely want to try and take this fight to his domain as he’ll look to show the different level of grappling and extend his current UFC win streak to 10 wins in a row.

Nonetheless, ‘King’ doesn’t seem fazed at all about being his first UFC main event after only 10 days’ notice, as well as just coming off a stellar unanimous decision win over Nasrat Haqparast (13-5 MMA) at UFC 271.

The Californian, even believes despite a loss on Saturday he can still benefit from the event, as he stated at the UFC’s media day that, “The public are going to buy the best thing they can find. My whole thing is to be entertaining, excitement, he can be championship material but it’s just boring.”

Do you think Islam Makhachev will move up the lightweight rankings after facing Bobby Green?