LowKickMMA.com
Home MMA News Julianna Pena On Title Shot: Why Not Me? 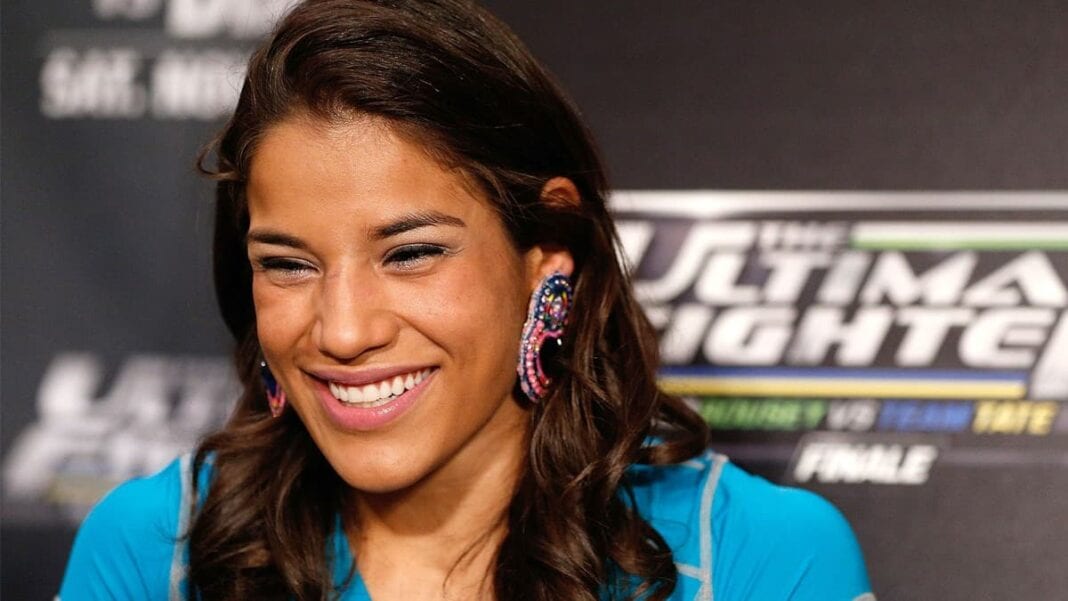 The UFC’s women’s bantamweight division, ruled by dominant champion “Rowdy” Ronda Rousey is constantly thought to have a lack of contenders, or at least a lack of viable contenders for the vicious champion.

However, The Ultimate Fighter (TUF) 18 winner Julianna “The Venezuelan Vixen” Pena may be a dark horse to be a potential title challenger sooner rather than later. After suffering a brutal knee injury after winning the reality show, Pena finally returned earlier this year, and has picked up two impressive victories.

Pena secured her biggest win to date at last night’s (October 3, 2015) UFC 192, taking home a unanimous decision over No. 6-ranked Jessica “Evil” Eye. Eye was thought to be involved in a title eliminator when she met Miesha Tate last July, but she came up short. For that reason, Pena believes that she could be close to a title shot herself:

“Jessica Eye, after her loss to Miesha Tate, if she would have won, she would have been next in line for a title shot, so why not me?” a serious Pena asked MMAJunkie after her unanimous decision over Eye on the pay-per-view main card of Saturday’s event at Houston’s Toyota Center.

Despite getting a big win, “The Venezuelan Vixen” is actually slightly disappointed that she didn’t get the finish:

“I’m a little disappointed for several reasons,” Pena said. “I had a couple injuries that I wasn’t too happy about coming into this fight. I feel like if I was at 100 percent, you would have seen a finish and you would have seen me capitalize a lot more.”

Although her UFC career is still young, Pena doesn’t have a problem with looking towards the future, claiming that she’s in this sport to prove that she’s the best in the world:

“I’m 6-0, Ronda’s 6-0; I don’t think it’s out of the realm of possibility, so I’m looking to be in a title shot. Jessica Eye, after her loss to Miesha Tate, if she would have won, she would have been next in line for a title shot, so why not me?”

Although three of her last six wins came on TUF, Pena has been on a roll nonetheless, and may be an interesting contender to Rousey’s throne.

Of course the “Rowdy” one is set to defend her title next month against Holly Holm, but has Pena put her name on the short list of contenders in the 135-pound division?