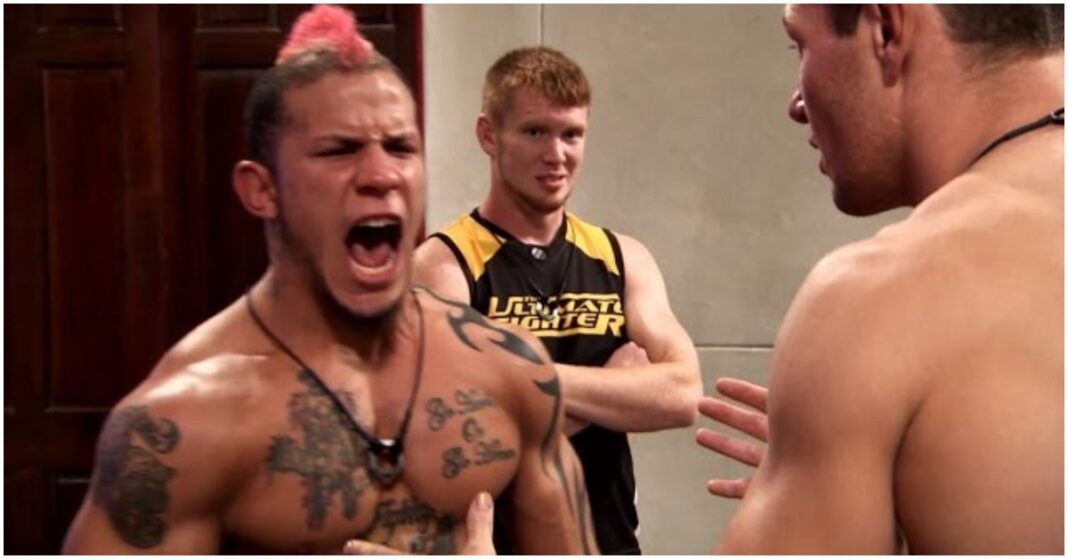 Words equal in both hilarity and infamy and are known to UFC fans of all ages and locations. The man who uttered these famous words, TUF Season 16 and 25 alumni Julian Lane, has just stepped up his association with this incident in both a big and permanent way.

So, what occurred on the night of this legendary moment for Julian Lane?

The 12-9-1 fighter, forever loved, laughed at, but never forgotten for those famous words has decided to pay permanent homage to those very words – by getting a huge side tattoo done of those very words. For those who (somehow) have never seen said incident, Lane, already eliminated from the competition, got madly drunk and decided to try and fight everyone – and everything….

Over the course of the evening, Julian Lane pretty much tried to fight anyone who fell into his view – including TUF alumni Sam Alvey and Neil Magny. He also tried to fight a wall. Yes, that actually happened. But the most memorable exchange occurred when fellow contestant Michael Hill tried to hold Lane back and save him from himself, at which point Lane roared “Just let me bang, bro!” This was followed immediately by Hill reassuring Lane that “I do let you bang”, alongside a comforting brace. Quite a beautiful moment of reality television encased within quite awkward hilarity – something only the confines of the TUF house could ever manage to create.

Following his brief but epic appearance on TUF, Lane went 11-6-1 before getting his second chance to bang on TUF, this time on season 25. Unfortunately for Lane, he fought Season 13 finalist Ramsey Nijem, and suffered a 1st round TKO loss.

Julian Lane then turned his attention to the world of bare-knuckle boxing following going 1-3 in his last four MMA bouts. He has actually enjoyed more success in this realm, going 3-4 against names like Thiago Alves, David Rickels, Jim Alers and Leonard Garcia.

Alongside his new tattoo, Lane has also teased potential fight news dropping quite soon. Irrespective of who said opponent will be, I think we can all rest easy knowing that Julian Lane will most definitely come to bang.

What do you make of Julian Lane’s new tattoo?