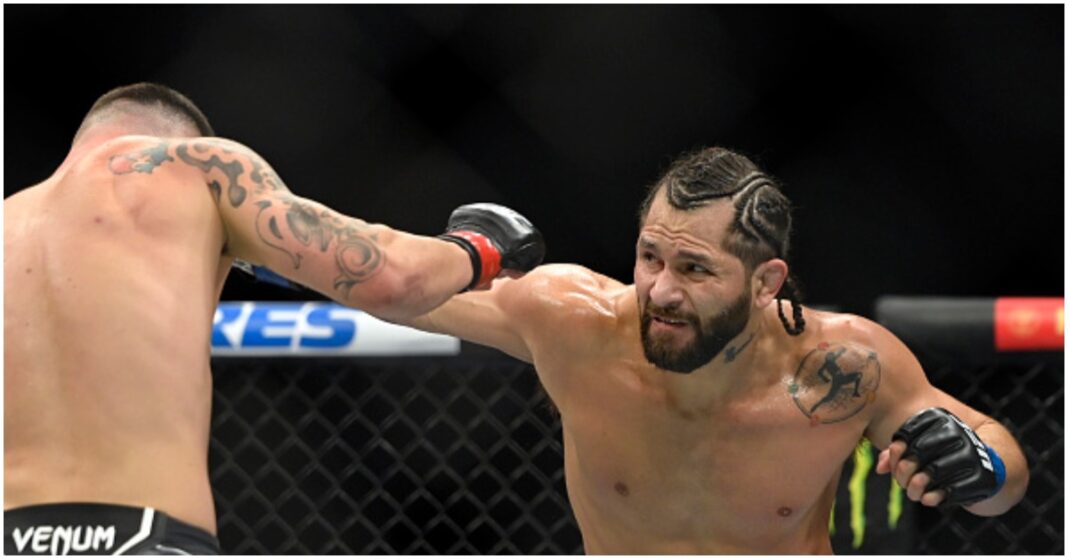 After a run-in with Colby Covington at a restaurant in Florida, Jorge Masvidal is now facing criminal charges that have resulted in his arrest.

Known for his willingness to throw down anytime, anywhere, it seems this mentality has landed “Gamebred” in hot water. Seeing Covington in public, Masvidal allegedly ran up and sucker-punched him twice, once to the mouth and eye, saying: “You shouldn’t have been talking about my kids!”

Per official reports, Masvidal is being charged with aggravated battery/great bodily harm and criminal mischief. He was taken into custody, held on a $15,000 bond but has since been released.

It’s worth noting that aggravated battery is a second-degree felony, punishable by a $10,000 fine and up to 15 years in prison. The victim invoked Marsy’s Law, which “…Ensures that victims of crime have equal, constitutional rights on the same level as those accused and convicted of crimes.” Due to this, the exact identity has not been revealed although the official reports do mention the victim lost teeth in the assault, and Covington was said to have had a tooth knocked out by “Gamebred” that night.

Meanwhile, Jorge Masvidal has remained unapologetic during this whole ordeal. Prior to his arrest, at a meeting with the Nevada State Athletic Commission regarding his application for a promoter’s license, Masvidal would ask to postpone things.

“I had a mutual combatant with another athlete, and you know, I can’t say too much on this, but if we could table (the application) for later, that would be amazing.”

On Twitter, the day after the incident, he was even throwing verbal jabs.

“Good morning to everyone except those that think talking about someone’s kids is cool,” Jorge Masvidal said.

It’s obvious the beef is real, but the question now is: will it stop before things escalate too far? Also, is this the greatest UFC rivalry we’ve ever seen? Leave your thoughts in the comments below!