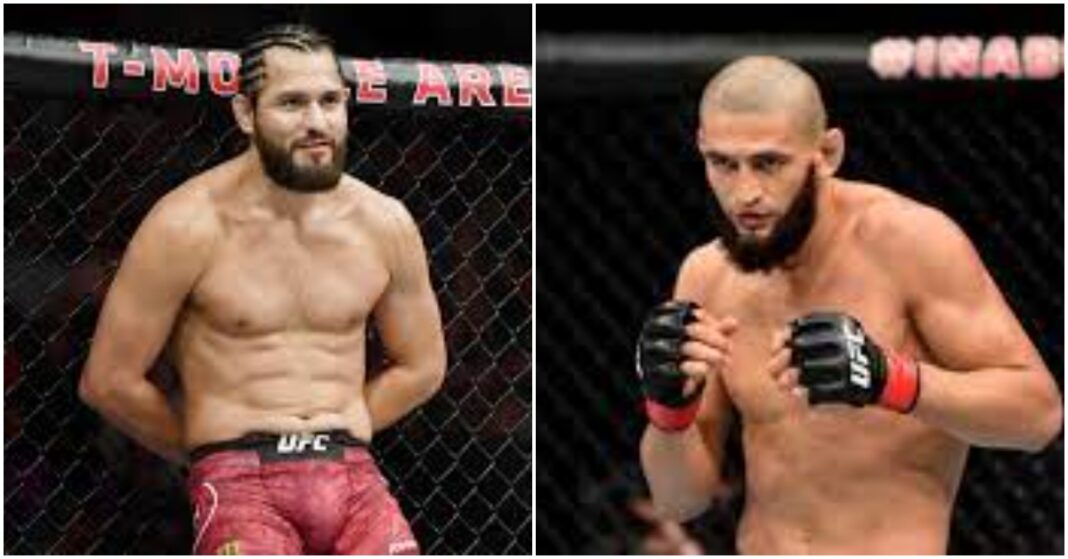 Jorge Masvidal has no desire to fight Khamzat Chimaev, since he is not a top five ranked fighter in the welterweight division.

‘Gamebred’ recently had to drop out of his fight against Leon Edwards at UFC 269 in Dec. Masvidal’s last two fights have been for the championship belt against Kamaru Usman. He lost both, although the first fight was on short notice. In the next fight, Masvidal was knocked out for the first time in his long career.

Masvidal is currently the NO.7 ranked fighter inside the welterweight division, while Chimaev is one of the most exciting up and coming fighters in the entire promotion. He has barely been touched in four fights inside the UFC. Not many fighters are jumping at the chance to fight Chimaev and it seems as if Masvidal is standing firm on only fighting someone in the top five.

“Is he a top five guy?” Masvidal asked Helwani while being interviewed on ‘The MMA Hour’ “Nope. I will just fight guys in the top five right now. Also for Nate, is he a top five guy? Nope. You know what I am saying like that is how I roll. I’m just trying to fight the world’s best. Nah? What am I doing! You know what I’m saying. Why am I gonna fight The Ultimate Fighter winners. No offense to those guys. There are some great guys up and coming from there. But I want something more to fight for.” (Transcribed by Sportskeeda)

The two have a history with each other and have been talking about the other a lot recently. After Covington lost his championship fight against Usman, Masvidal thought he would change camps again and burn some bridges. Covington looked into his crystal ball and promised everyone that Masvidal would drop out of his fight with Edwards.

Do you think Jorge Masvidal should take a fight against Khamzat Chimaev?