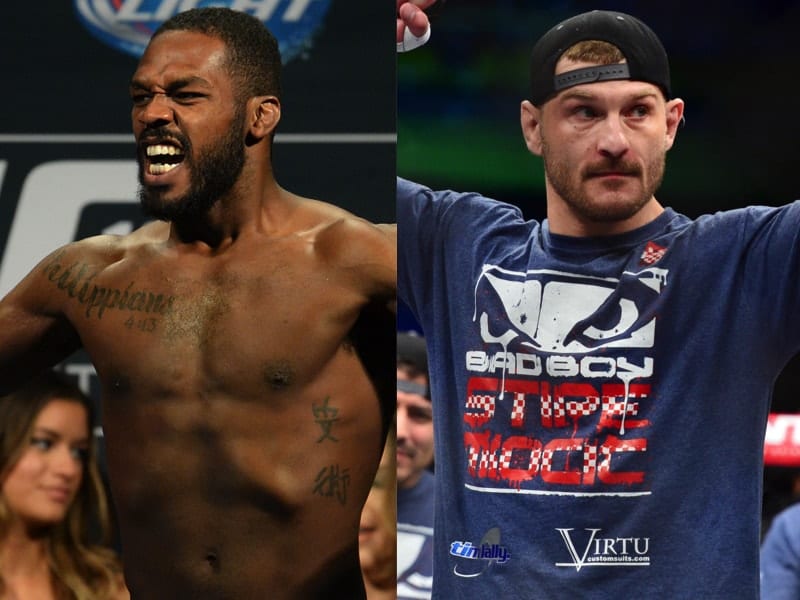 It seems that everyone is throwing their name into the hat to fight Stipe Miocic for the interim heavyweight title at UFC 196.

Former UFC light heavyweight champion Jon Jones is one of those names that is interested in fighting Miocic at UFC 196. He told a fan on Twitter that if the title is on the line, then he would fight at the event.

“If it was for the actual title I would totally do it.”

If it was for the actual title I would totally do it https://t.co/ur2Rq1ycOI

The possibility of Jones fighting at the event is slim as he is rumored to fight Daniel Cormier for the UFC light heavyweight title sometime in 2016. Jones is in great shape right now, but it’s hard to believe that the UFC would give up the opportunity to do a rematch with Jones and Cormier that would surely do big business.