LowKickMMA.com
Home UFC News Jon Jones Tells Daniel Cormier He Beat Him ‘After A Weekend Of... 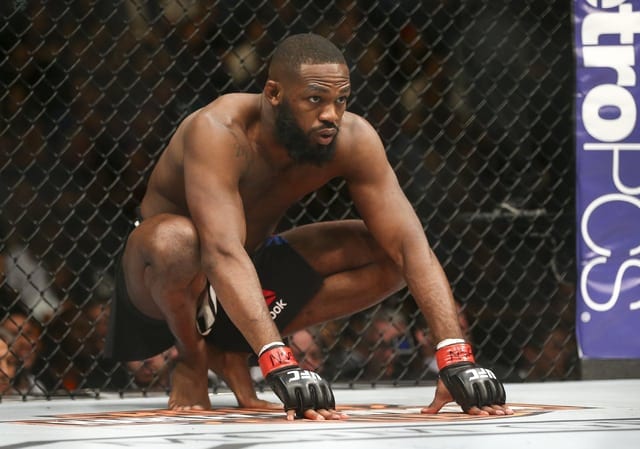 It didn’t take long for the two to start trading verbal blows, as Jones quickly said that Cormier wouldn’t be the true champion until he beats him:

“F*ck no,” Jones said. “He never beat me. He never beat me, so the belt that he has over there, it’s an imaginary belt. I messed up outside of the Octagon and I got that taken away from me, but the guy’s never beaten me. In order to be the champion, you have to beat the champion. He can fight all the other light heavyweights that he wants, he can beat every light heavyweight — until he beats me, that belt over there is a piece of sh*t.”

Cormier then responded by taking a jab at Jones’ previous issues outside of the cage, highlighting his positive drug test for cocaine metabolites surrounding UFC 182, which is when the pair first fought:

Jones, however, was quick to remind Cormier that he beat him ‘after a weekend of cocaine’, as he did indeed scored a unanimous decision victory over “DC” in their first meeting:

“Prostitutes? I beat you after a weekend of cocaine,” Jones shot back.

“I had two great weekends,” answered Jones. “Back-to-back weekends. Cocaine one, your ass the next. It was great. That’s a month for the ages.”

Who do you expect to walk away from UFC 214 wearing 205-pound gold?