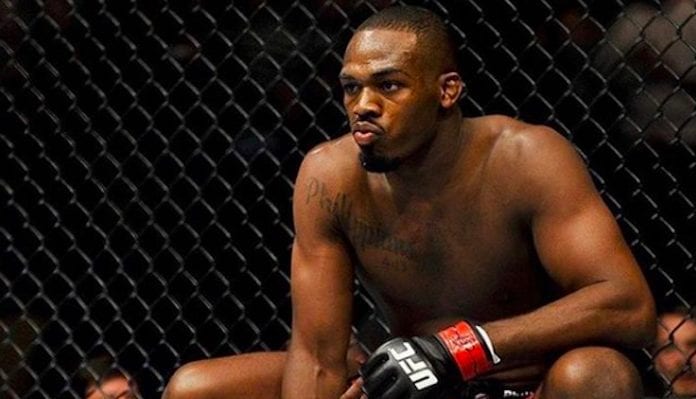 Jon Jones has announced he and the UFC have re-opened negotiations about his eagerly anticipated move up to the heavyweight division.

The former light-heavyweight champion told fans earlier in the day he was dropping his 205lb strap. Dominick Reyes and Jan Blachowicz are expected to face off for the vacant title at UFC 253 on September 26.

A few hours later and his move to heavyweight seems to be at least one step closer as the fighter and UFC have opened up a dialogue and taken steps to mend their frosty relationship.

“Just had a really positive conversation with UFC. Sounds like there will be negotiations for my next fight at heavyweight. All good news, the weight gaining process begins,” Jones wrote on social media.

Jones is prepared to stay in the testing pool and begin to bulk up for heavyweight in the hope that he and the UFC will be able to get a deal done for his move up to heavyweight.

“In good faith I will be staying in the testing pool for probably the nest half year or so. I’ll continue to lift weights and train all the different martial arts,” Jones added.

Jones was previously in talks to challenge heavyweight knockout artist Francis Ngannou but those negotiations quickly soured. UFC boss Dana White publicly claimed Jones was asking for “obscene” money to face the Cameroonian. ‘Bones’ denied those claims but White doubled down and revealed the 205lb king wanted the same money Deontay Wilder makes – about $30 million – for his heavyweight debut.

As a result of this bitter end to fight talks Jones announced he would be sitting out from the sport until he was paid fairly. He has been throwing himself into things which help his community. Jones was even seen on the frontline challenging rioters and vandals in the aftermath of George Floyd’s death.

Do you think Jon Jones can become a champion at heavyweight?