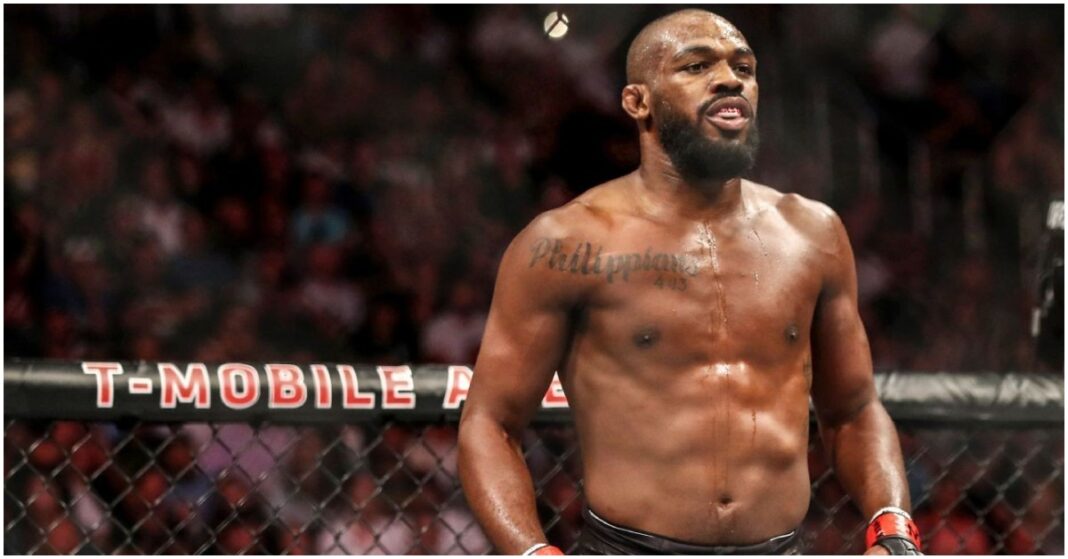 Jones’s initial announcement came just 58 days following his domestic assault incident which took place after the UFC Hall of Fame awards ceremony. However, now he has officially hit the 60-day mark Jones took to Twitter to share his achievement.

Jones also spoke on the importance of him staying sober and how he could have lost everything at a moment’s notice.

‘Be sober-minded; be watchful. Your adversary the devil prowls around like a roaring lion, seeking someone to devour.” My family, my life, my career could’ve been over after what happened in Las Vegas. But God had other plans for me. 60 days sober and counting”

The former champion also took the time to celebrate his achievement surrounded by his family.

Jon Jones will need to stay on this path of sobriety if he aims to return to the UFC to pursue the Heavyweight championship. ‘Bones’ has not competed in the octagon since his decision victory over Dominick Reyes in February 2020. Since his last outing, Jones has been posting to social media sharing his process on moving up a weight division. A process of which he feels is going very well.

‘It’s going to be nice competing without starving and dehydrating myself on fight week. This heavyweight body feels nice, I still need to get bigger and stronger. Plenty fast’

Jones will be looking to jump straight into the title picture when he debuts in his new division, whenever that may be. Given Francis Ngannou and Cyril Gane are scheduled for UFC 270 in January, and former champion Stipe Miocic is currently without a scheduled matchup, do you think the former heavyweight champion would match up well against Jones?

Whenever Jon Jones does make his return, who do you think will be welcoming him back to the octagon?