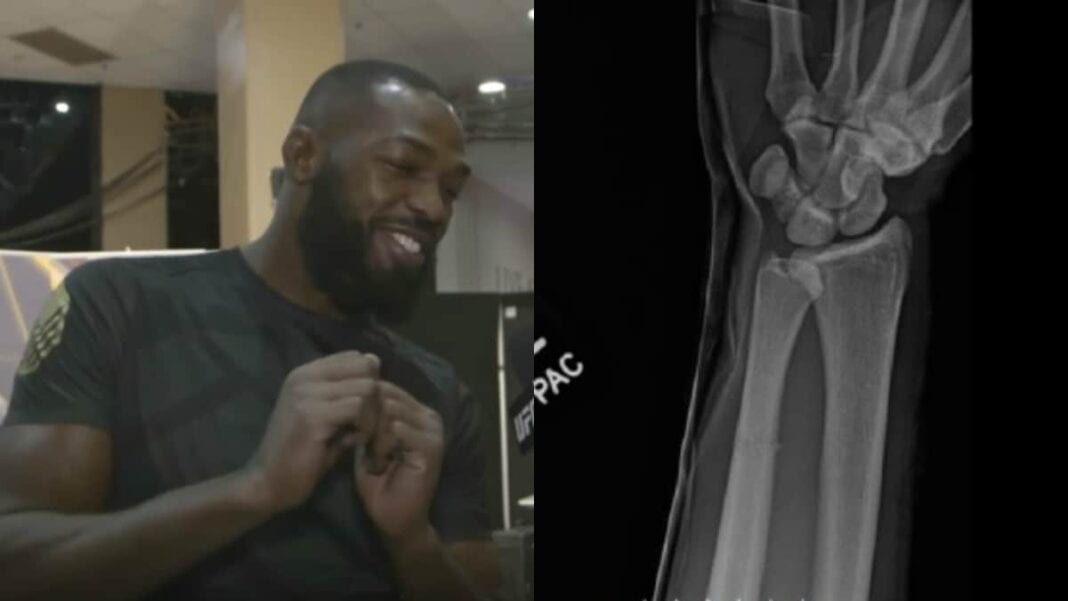 Jon Jones returned from a 15-month hiatus this past Saturday (April 23, 2016) facing Ovince St-Preux in the UFC 197 main event. It was not the most thrilling affair, but “Bones” got what he had come for in terms of a victory, although not against the man he would have preferred. With the current light-heavyweight champion Daniel Cormier injured, OSP was perhaps not the most challenging foe that could’ve replaced “DC” but was certainly game.

When his coach confirmed with MMAFighting.com that St-Preux had actually suffered a broken arm in the second round of the UFC 197 main event, UFC president Dana White acknowledged that OSP’s stock had risen with the performance. Here’s the X-ray of that injury: 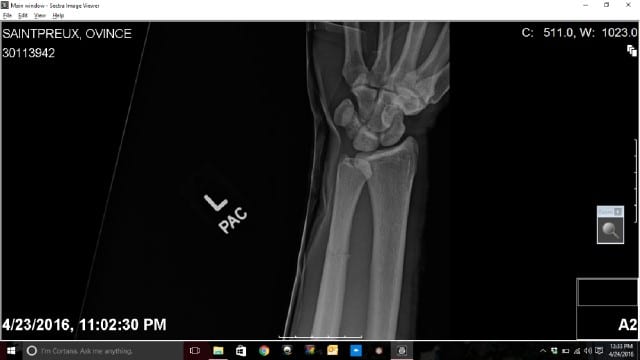 Saint Preux lost on the judge’s score cards by unanimous decision, but the verdict among fans is something very different. To fight on for three more rounds with a broken arm against the consensus pound-for-pound number one fighter takes a hell of a pair. It wasn’t until after the fight during an interview with Megan Olivi that Jones learned of his opponent’s nasty injury, and he reacted in the way only “Bones” can. Skip to 4:20 for the moment Jon Jones realises he broke Ovince Saint Preux’s arm with a kick at UFC 197:


READ MORE:  Sean O'Malley Claims He Could Submit Khabib Nurmagomedov: 'Fans Would Still Complain'
Suck to be OSP, or does it? The reality is he could have done so much worse, and if he was going to lose, then perhaps a tough lost decision where he showed such guts was possibly the best outcome. Factor in that St-Preux took the fight on two weeks notice, and you can actually figure he has a lot of potential in the light-heavyweight division.
What’s next for the gritty Ovince St-Preux?
READ MORE:  Conor McGregor Predicts UFC Hall of Fame Induction: 'I'm Still In To Bust Noses And Put Opponents Unconscious'