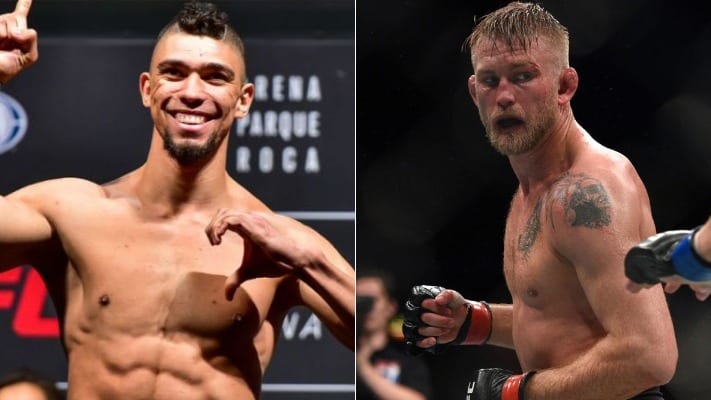 Johnny Walker is arguably the UFC’s hottest prospect at the moment.

The young Brazilian is knocking out opponents left and right inside the Octagon. His latest victim, Misha Cirkunov, fell in just under 40 seconds during their UFC 235 clash this past weekend (Sat. March 2, 2019). Walker did suffer an injury during the fight, however, it didn’t come at the hands of Cirkunov.

Walker actually injured himself in his post-fight celebration. After fear that the injury could be a serious one, it was later revealed by MMA Fighting, via Walker’s manager, Lucas Lutkus, that the light heavyweight suffered a mild shoulder injury. He should be able to return to fighting action in a month.

After his contest in Las Vegas this weekend, the Nevada State Athletic Commission (NSAC) gave Walker a six-month medical suspension until he’s able to be cleared by an orthopedic physician. According to ESPN’s Ariel Helwani, when Walker does return he has big plans in mind. The 26-year-old would like to return around May or June.

“Johnny Walker just got his MRI results back. Per his manager, he has a mild shoulder injury. He’ll need four weeks of rehab. They’re shooting for a return in May or June and are interested in fighting Alexander Gustafsson in Stockholm, his manager said.”