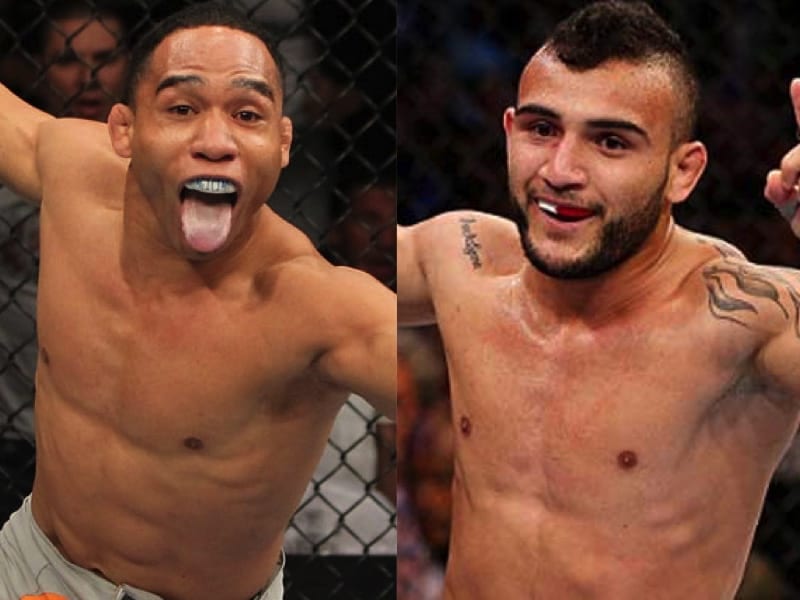 A pivotal contest has been made in the UFC’s bantamweight division.

UFC officials have announced, courtesy of FOX Sports, that 135-pounders John Dodson and John Lineker will go head-to-head in the main event of UFC Fight Night in Portland, Oregon on October 1st.

Lineker (28-7) is currently on a three-fight win streak since returning to the bantamweight division, most recently coming off of a first round knockout win over Michael MacDonald in the main event of UFC Fight Night 91 this past July.

‘Hands of Stone’ currently sits at the No. 5-ranked position in the UFC’s bantamweight rankings, and will be looking to campaign for a title bout against 135-pound champ Dominick Cruz with a win over Dodson.

Dodson (18-7) just recently made his return to the bantamweight division with a first round thrashing of Manvel Gamburyan at UFC on FOX 19 this past April, and is looking to make another huge statement with a potential win over Lineker.

‘The Magician’ is a former two-time title challenger in the 125-pound division, but was unsuccessful in his two attempts against division kingpin Demetrious ‘Mighty Mouse’ Johnson. Dodson’s two losses to Johnson have been the only defeats on his professional mixed martial arts (MMA) record for the past seven years.

Johnson and Lineker will main event UFC Fight Night Portland on October 1, 2016, and tickets will go on sale Friday August 26, 2016.