LowKickMMA.com
Home Bellator News John Alessio Sees A Win At Bellator 139 Launching Him Into A... 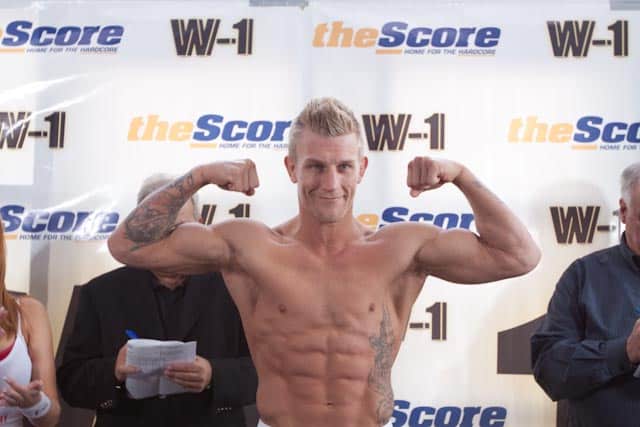 John Alessio (35-17) is scheduled to fight Dave Rickels (16-3) this Friday night at Bellator 139 and talked about the upcoming fight as well as how he believes a win over Rickels will get him a title shot against Will Brooks down the road.

“Winning this fight, I believe, puts me in title contention,” Alessio told MMAjunkie. “I believe I should be the next lightweight to get a title shot. There’s a really tough guy out there named Michael Chandler, but he’s lost to the champion twice already. He should have to win a couple more fights to get a title shot. I deserve it. I’m going to stop David Rickels then get mine.”

Both  and Rickels are coming into this fight on a one fight winning streak. When asked about the upcoming fight, Alessio seemed confident about the matchup.

“This is a great one for me; a great matchup,” Alessio said. “He’s tough, aggressive and it’s going to be an entertaining fight. I’m excited for this matchup and believe I have the right set of skills to defeat David Rickels. I have the right abilities to counter aggressive fighters and see myself walking out victorious with a finish.”

This event is expected to be headlined by a heavyweight bout between UFC veteran Cheick Kongo and former Bellator Heavyweight Champion Alexander Volkov. In the co-main event, Pat Curran (20-7) takes on Emmanuel Sanchez (10-1).

We’ll be providing live play-by-play coverage of this event this Friday night.