LowKickMMA.com
Home UFC News Joe Rogan Says Racist Fans Would Like Jon Jones If He Was... 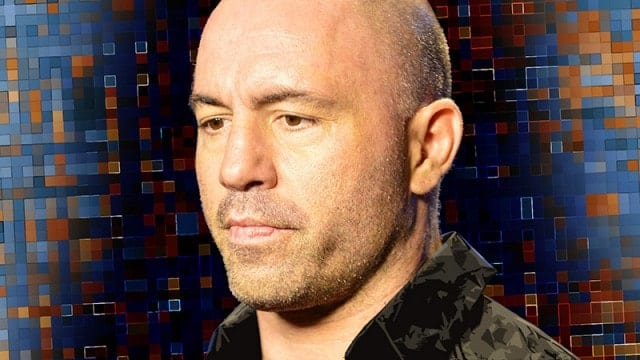 I’m not sure if I’ve ever wrote about anything as bizarre, or equally as controversial as the following subject. The topsy turvy world of MMA has thrown out some curveballs in the past, but not stick out in memory to be more potentially damning than the following. UFC color commentator Joe Rogan may be about to blow the lid on fans 0f the sport, and with sinister motives in mind.

Indeed, during a recent podcast and transcribed by MMAFighting.com, Rogan claims that the anti-Jon Jones movement may be based on racism…..wow. Check out what he said:

“I don’t know why Jon is not more loved or popular than he is,” Rogan said on his podcast. “I don’t understand it. In my opinion, I will never miss a Jon Jones f***ing pay-per-view. I’ve heard people say, ‘Oh, he’s cocky. He’s this and [that].’ I wonder what the f**k is going on with that and I’m going to throw this out there, I’m just going to say it: I wonder how much of it is racism. I really do.”

“You know why? Because I think they look at him as this cocky black guy and I think a lot of people have an issue with that. I think that if he was a white guy and he was doing the same thing, a la a Chael Sonnen, I think he would be way more popular. Chael was never the successful athlete that Jon is, but I think Chael was way more successful as a promoter than Jon is. Jon has not been nearly as cocky or outwardly braggadocious as Chael was.”

Did you ever look at Jones and think negative things about him because of the color of his skin? I certainly didn’t, and I can’t say that I admire Chael Sonnen for the color of his skin. In my mind, I think Rogan may be a little off the mark with his comments. He continued:

“I just always found it odd when everybody would get upset at him and say that they didn’t like that ‘he’s cocky.’ He’s 25 and he’s the UFC’s light heavyweight champion. He’s the youngest ever UFC champion. He destroyed Shogun [Rua] to win the title and I mean destroyed. He threw a flying knee and hit Shogun in the chin five seconds into their fight. I mean, Jon Jones is a motherf***er. He’s a motherf***er, but for whatever reason people have had an issue with that. I know I’m going to get a bunch of hate tweets. ‘F**k you and your f***ing bulls**t. What do you got? White guilt? Calling out racism?’

“I’m probably going to get an equal amount from ‘the Aryan race,’ mad at me for defending Jon Jones, ‘The cocky negro.’ I really think there’s something to that. I think people want a guy who is so physically gifted and young and brash and black and rich, they want him to have more humility or fake humility, as it were. I think Jon’s trying that a little bit and that’s one of the reasons Daniel Cormier was like, ‘You are so fake.’ Cormier was saying that to him because I think he’s trying to counteract how people feel about him.”

What do you think of Rogan’s extremely controversial comments? Has he hit the mark, or is he digging himself a hole with these accusations of prejudice and racism?