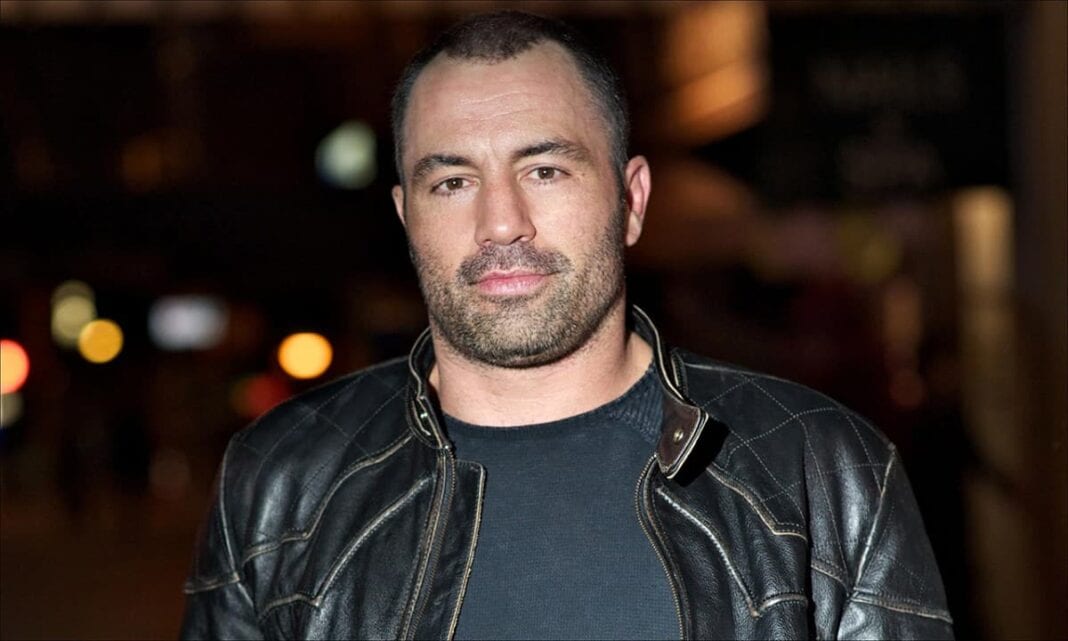 Of course the whole statement caused all sorts of varied opinions to crawl out of the woodwork online, and not surprisingly, many MMA fans who felt they were accused of having ‘white guilt’ by Rogan were none too pleased with his speculation.

Today, Rogan took to Twitter to say that his comments were of course taken out of context, noting that his statement was actually better sited for conversation. Rogan also shamed the MMA media for supposedly misquoting him for the sake of ‘click bait’:

I’ve been misquoted left & right about Jon Jones lack of popularity. I said “I wonder how much of it is racism” key words: WONDER & HOW MUCH

I didn’t say Jon Jones isn’t more popular because everyone that dislikes him is racist. It’s a subject for debate and discussion, that’s it.

It’s just ridiculous that legitimate mainstream outlets have misquoted me in the very title of their articles for “click bait.”

But it’s hard to buy what Rogan says when his words were pretty cut and dry as direct quotes. An excerpt from his accusatory thoughts, words that show even Rogan himself knew he would come under serious heat:

“I mean, Jon Jones is a motherf***er. He’s a motherf***er, but for whatever reason people have had an issue with that. I know I’m going to get a bunch of hate tweets. ‘F**k you and your f***ing bulls**t. What do you got? White guilt? Calling out racism?’

I’m probably going to get an equal amount from ‘the Aryan race,’ mad at me for defending Jon Jones, ‘The cocky negro.’ I really think there’s something to that. I think people want a guy who is so physically gifted and young and brash and black and rich, they want him to have more humility or fake humility, as it were. I think Jon’s trying that a little bit and that’s one of the reasons Daniel Cormier was like, ‘You are so fake.’”

It’s hard to grasp what was misquoted from Rogan based on that statement, and the bottom line is he had to know beyond a shadow of a doubt that he was going to fall under intense scrutiny the minute these words were dissected online.

There’s no getting around it, and even if there is some truth to his words, there’s no way of quantifying it, so the whole thing just serves to make him look bad.

Are there racist UFC fans out there who don’t like Jon Jones because he’s black? Yes, there probably are. Are there countless more UFC fans who simply don’t like Jones for the fact that he almost instantly changed from a God-fearing, positive affirmation-spewing, wholesome kid to the fighter who brawled with Daniel Cormier and threatened to kill him when they were supposedly off camera? I’d have to argue that thousands, if not millions, dislike Jones much more for the latter.

Now before I get a Roganesque amount of backlash for hating on Jones myself, let me make one thing clear: I readily admit that Jones is a great champion who is arguably already the greatest fighter of all-time. However, the criticism he’s gained has largely been over his ingenuine personality, and that I cannot deny nor change.

This article is about Rogan saying he was misquoted, which, to me, is very tough to do considering his quotes were transcribed in clear English and posted everywhere yesterday. His words came out as harsh, ambiguous, and just too generalized overall to actually hold any weight, and they made him look foolish.

With the UFC putting on more shows than ever, Rogan has gone from a commentator to a carnival yard barker who yells that a “finish can happen at any time” about each and every card that is aired, and if you took his words as gospel, each show would also be the best you’ve ever seen (or on paper).

He may be trying to get more publicity for the UFC with his outspoken comments, and it worked. But there’s no reason for him to go back and say he was misquoted when his words are right in front of us.

Perhaps he should have kept his mouth shut on this one, regardless of if he was on to something or not. He may have nothing to apologize for, but he simply stirred the pot where none was required, and that’s something we’re seeing too much of as of late.

With no shortage of fights to discuss, should Rogan stay focused on the action in the cage?