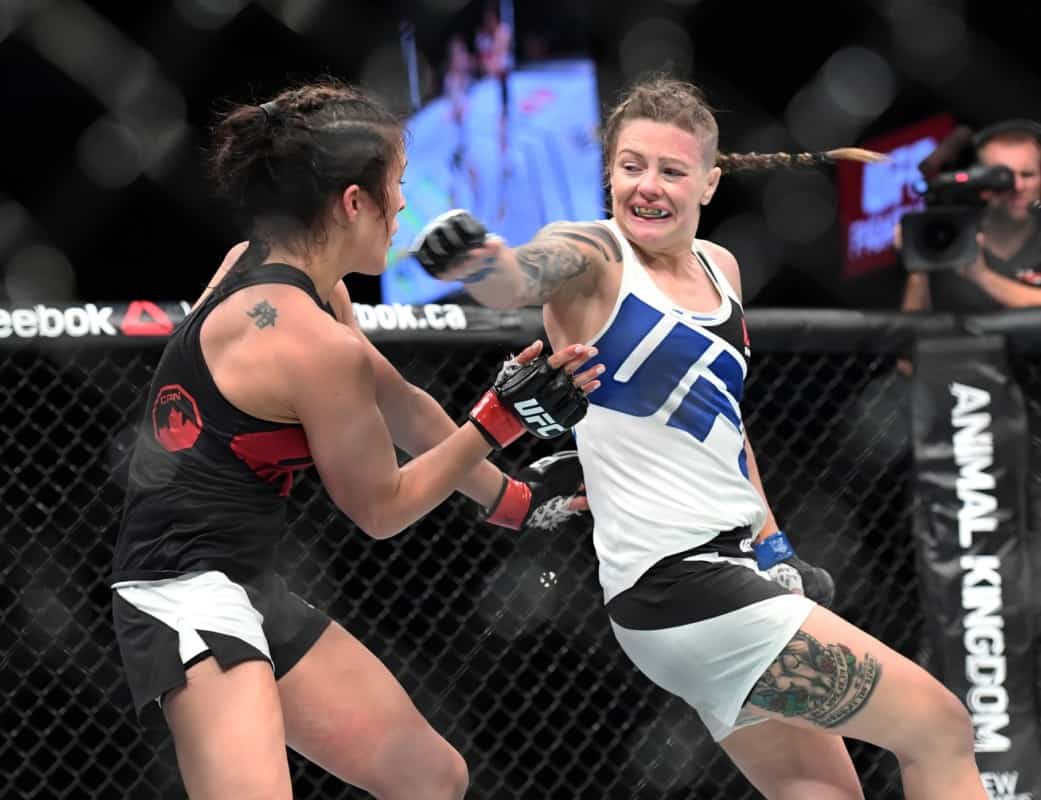 Fighter pay is an increasingly sensitive subject in the sport of MMA, and it appears that Calderwood’s case is a especially telling example. Despite sitting at No. 12 in the strawweight ranks and sure to move up significantly after defeating previously No. 5-ranked Letourneau, Calderwood posted that she was ‘broke as hell’ after the win and would have to return to another job in order to continue training:

“Badmofo JoJo” failed to win a post-fight bonus for her thrilling main card stoppage of Letourneau, which was mired in controversy after it appeared that the referee was extremely late in stopping the fight, allowing Letourneau to get blasted with an unnecessary spinning backfist after it was clear she had turned away from the action following a vicious third-round body shot.

It was an entertaining and thrilling start to a main card that turned out to be nothing but exciting, but the light heavyweight brawl between Steve Bosse and Sean O’Connell may have prevented Calderwood and Letourneau from sharing “Fight of the Night.”

Regardless, the growing sentiment is that fighters shouldn’t have to depend on bonuses to continue fighting, especially those ranked in the Top 15 of their divisions, so the UFC will continue to be under the heat to pay fighters better, especially after the highly criticized Reebok deal has sapped their endorsement income.

READ MORE:  Daniel Cormier: ‘I Still Believe Fedor Emelianenko Is The Greatest Heavyweight Of All Time’

With profits high and a pending sale in the neighborhood of $4.1 billion on the table, it might be tough to get them to care, however.