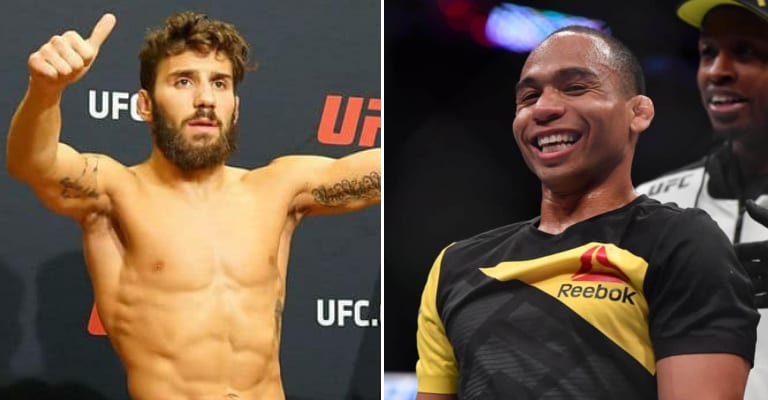 According to a report from MMAFighting.com, a bantamweight tilt between Jimmie Rivera and former multi-time flyweight title challenger John Dodson has been agreed upon to take place at UFC 228 on Sept. 8 in a venue that has yet to be determined.

The 28-year-old Rivera was last seen taking on former World Series of Fighting (WSOF) champion Marlon Moraes earlier this month in Utica. The bout, which was assumed to be a title eliminator of sorts, however, didn’t go Rivera’s way, as he was viciously knocked out less than one minute into the first round. Prior to that loss, he had won 20 consecutive fights.

Dodson, on the other hand, has gone 3-2 since making the jump back up to 135 pounds in April 2016. Most recently, he scored a split-decision victory over Pedro Munhoz this past March at UFC 222 and prior to that, he too suffered a defeat to Moraes.

Featherweights Yair Rodriguez and Zabit Magomedsharipov are also set to meet at UFC 228, while women’s flyweight champion Nico Montano has expressed her interest in making the first defense of her 125-pound title against Valentina Shevchenko on the card as well.