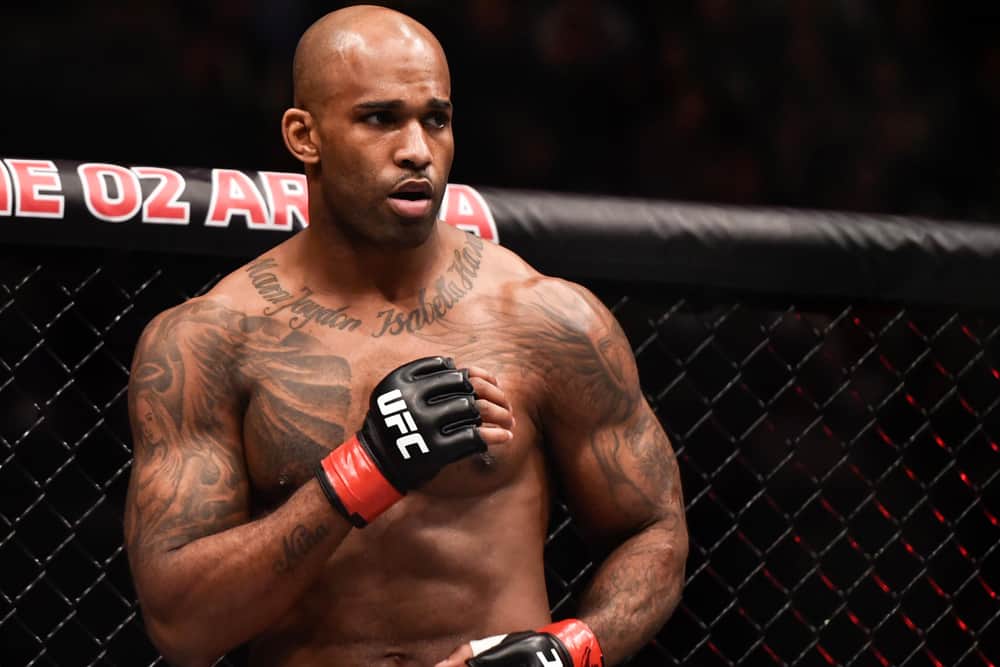 Johnny Walker had no shortage of confidence coming off his 15-second victory over Justin Ledet at UFC Fortaleza last weekend.

After his victory, Walker called out longtime UFC light heavyweight veteran Jimi Manuwa to a fight. Walker hoped for a quick turnaround to face Manuwa on the UFC London card form the O2 Arena on March 16th. The fight certainly makes sense, as Manuwa – currently on a three-fight losing streak – gets the opportunity to fight in front of his native English crowd.

Walker would also get to test himself against a proven top contender at 205 pounds. However, Manuwa doesn’t seem to be too interested in that fight. He noted that he’s currently injured, otherwise he’d already be on the UFC London card. Manuwa also said he doesn’t need Walker to make a fight:

“Everyone knows I’m injured or I’d be fighting in London in March. I defo don’t need no Johnny Walker to make a fight.”

The division is certainly wide open for young competitors at the moment. Perhaps Walker is on the fast track to a UFC championship opportunity.