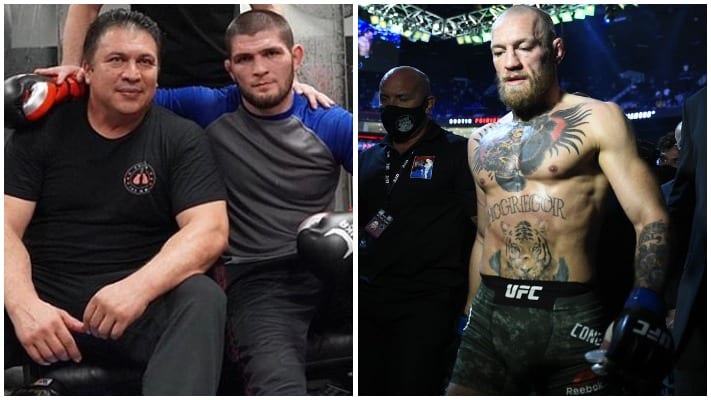 ‘Notorious’ looked flat as he was easily taken out by Poirier in their highly anticipated rematch this past weekend. McGregor previously knocked out ‘The Diamond’ in 2014. However, six years on the tables turned with Poirier using wrestling, calf kicks, and fast hands to stop McGregor inside two rounds.

In an interview with Submission Radio, Mendez gave his thoughts on the fight, McGregor’s performance, and exactly what went wrong.

“When I saw Dustin start going for the leg kicks, I go, oh my god, Conor’s stance is not made for checking properly, leg kicks like that. Especially calf kicks,” Mendez said. So, I thought that was going to be a major problem. And then when he hit Dustin with the good shot and Dustin took it, that’s when I kind of knew, oh boy, things are gonna change. And sure enough, they did. And it was a great game plan from Dustin to work the leg kicks, calf kicks. And it was a bad judgement on Conor’s part to not be prepared for that.”

“[Inactivity] does affect things, and that’s what he’s saying, but I also happen to know too, when you make changes in camp, when things weren’t broken, why change them? I heard he went to Portugal, or something like that, to do training,” Mendez added. “But what was wrong with where he’s always trained? I don’t know. It looks like he made a lot of changes, and why change when things aren’t broken? I’ve always told Khabib and all those guys, when you’re doing something good and you’re winning, why change it? Why try to change things up? There’s no need to change things if things are working. That’s what I’m thinking. I’m not saying I’m right; I’m just saying that’s what I’m thinking.”

Mendez went on to claim McGregor would get “smashed” in a rematch with Nurmagomedov in a fight he says is no longer on the table.

“You’re never gonna get that rematch,” Mendez concluded. “Just like you’re never going to get the Tony and Khabib fight. That’s never gonna happen either. It’s not gonna happen. I mean, Khabib doesn’t need it. He seems fulfilled. And like I said, I think the only juicy part for him is what his father wanted, GSP. I’ve said it many times. And who knows, maybe that’s out of the question now. Maybe GSP doesn’t want it, maybe Khabib don’t want it now. I don’t know, cause I never talked to Khabib about what he wants, I’ve always listened to him.”

Do you agree with Javier Mendez? Has Conor McGregor regressed?