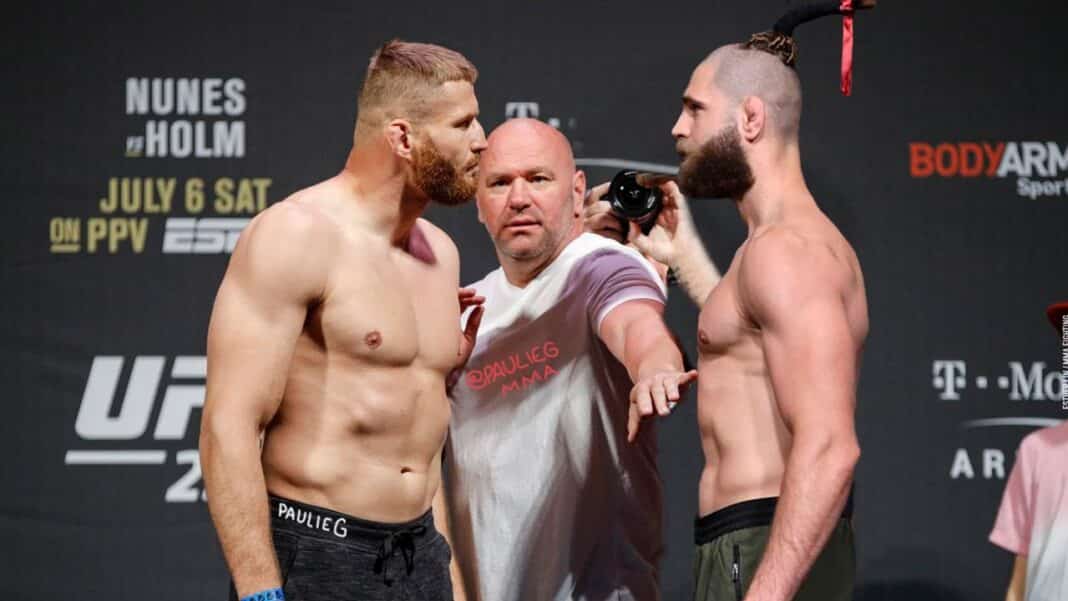 Jan Blachowicz is excited about the prospect of facing one of the hottest contenders in the sport, Jiri Prochazka. The UFC Light Heavyweight champion wants the fight to be a headliner in Europe and expects that it can be done.

Blachowicz had nothing but praise for the former Rizin Light Heavyweight champion, citing his unique and erratic fighting style and his impressive two-fight run in the UFC thus far.

“Great run for him,” Blachowicz said about Prochazka when speaking to MMA Fighting. “He’s a crazy fighter but in a good way. Crazy, weird style but he knows how to use it. I believe I will fight against Glover and then maybe in the future with Jiri, but somewhere in Europe.

“If I have to fight Jiri, we have to do it in Poland or somewhere in Europe, because all of Europe would like to come and see this fight live. First of all, I have to beat Glover. The focus is on him. I hope so nothing will change cause when I beat Glover, maybe my next opponent will be Jiri, but this fight has to not be in Abu Dhabi, not in USA, in Europe.”

Both Blachowicz and Prochazka hail from neighboring European countries, Poland and the Czech Republic, and the prospect of building that fight in a major European stadium is extremely realistic.

“If this fight will happen, I hope it will be in Poland in the national stadium — 60,000 people will come to watch this fight,” Blachowicz said.

In terms of how the fight would play out stylistically, Blachowicz admits it would be a good fight with Jiri’s interesting style in the octagon.

“Weird style, crazy style, nice to watch,” Blachowicz said. “Against me, I think it’s going to be a good fight. Maybe in the future, we will see.

It seems like these two light heavyweights are on a collision course in the future. No doubt this fight would be huge and could headline anywhere in the world.

When do we see Jan Blachowicz vs Jiri Prochazka? Who wins?